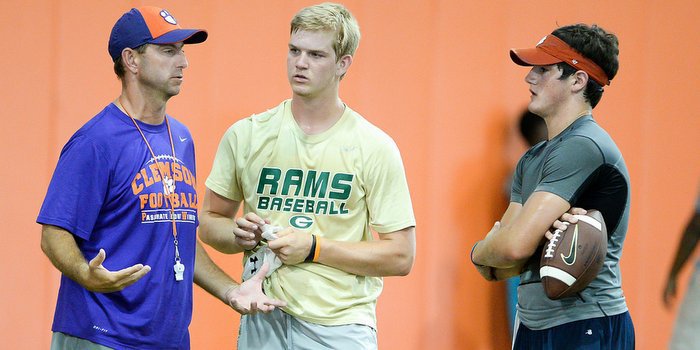 Derrik Allen will be in Atlanta Sunday

Atlanta and Buford High School will be the mecca of high school football recruiting Sunday as Nike and The Opening roll into town for a one-day event.

The top players from across the Southeast will participate in agility and strength testing and position drills coached by some of the most knowledgeable people in the country. At stake is one of the coveted invitations to The Opening held later this summer in Beaverton, Oregon.

For quarterbacks, 2018 prospects Trevor Lawrence out of Cartersville (GA), Auburn commit Joey Gatewood out of Jacksonville (FL) Bartram Trail and Emory Jones out of Franklin (GA) Heard County will be on hand.

Rodgers is already committed to Clemson for the 2017 cycle and he will be joined by Nico Collins out of Pinson (AL) Clay-Chalkville and Malcolm Askew out of McCalla (AL) McAdory, both of whom own Clemson offers. 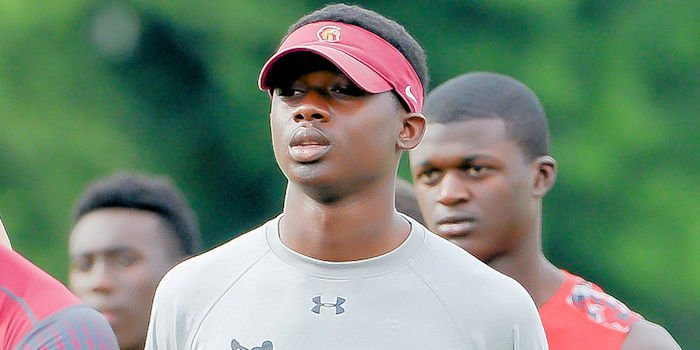 Derrik Allen will be in Atlanta Sunday"

Thomas, who has consistently listed Clemson among his favorites will be joined by teammate and 2018 prospect Jamaree Salyer.

Defensive line is another deep group at this weekend’s event and will be headlined by the nation’s No. 19 player in the ESPN Jr. 300 in Norcross (GA) defensive end Robert Beal who recently decommitted from Notre Dame. Last summer, Clemson was among Beal’s favorites.

Malik Herring – the 4-star defensive end from Forsyth (GA) Mary Persons has been one of Clemson’s top targets for quite some time. He attended Clemson’s most recent junior day and seems to favor the Tigers, Georgia and Alabama.

Zachh Pickens from Anderson (SC) TL Hanna recently picked up a Clemson offer – a rarity for a 2019 prospect – and he will also be on hand, as well as 2017 Laney (GA)’s Tyrone Truesdale and 2018 South Gwinnett prospect Justin Mascoll.

Three 2017 linebacker prospects who own Clemson offers will be on hand in Westlake (GA) and Georgia commit Jaden Hunter, Tadarian Moultry out of Jackson Olin (AL) and North Cobb’s Chandler Wooten.

Williams immediately stood out during last year’s Atlanta Regional and has liked Clemson since the beginning. McKinney attended Clemson’s first junior day with good friend and Clemson commit LeAnthony Williams and has publically said he still likes the Tigers despite his commitment to the Tide.