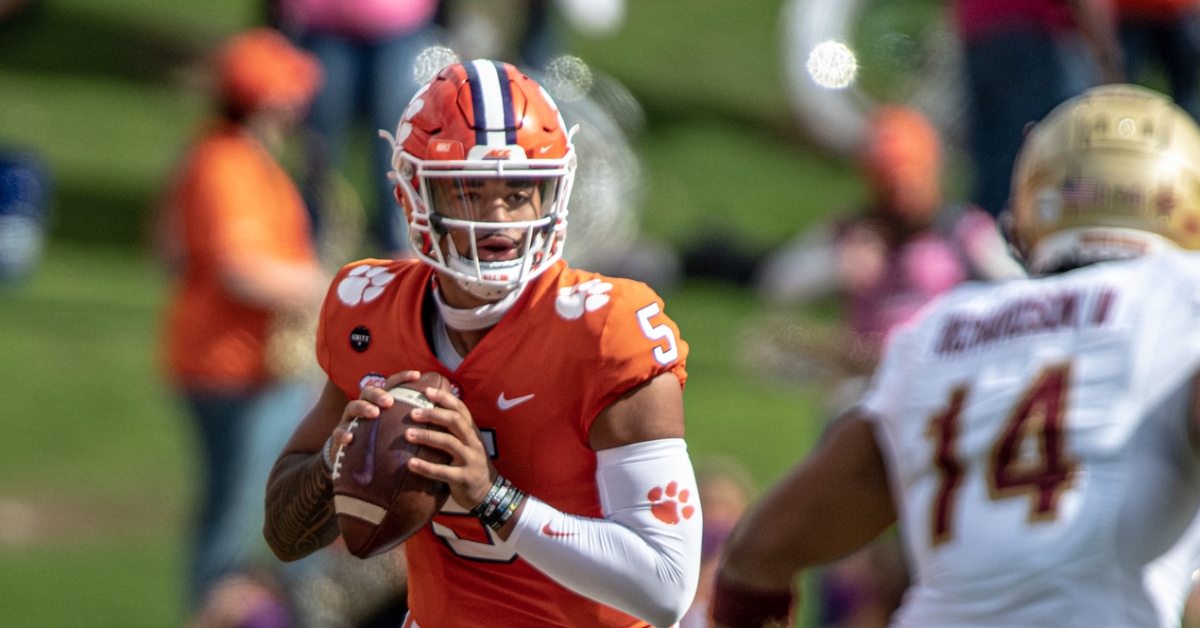 Uiagalelei made his first collegiate start against BC two years ago.

“I’ve grown a lot, physically and mentally,” Uiagalelei said. “I think I’m definitely a different person from what I was two years ago. I feel like I’ve just grown a lot in every aspect of life.”

In the Boston College game two years ago, Uiagalelei completed 30 out of 41 passes for 342 yards and two touchdowns. Two weeks ago against Wake Forest, he had the best game of his career thus far, passing for 371 yards and five touchdowns, as well as winning ACC Offensive Player of the Week. Clemson is 5-0 and No. 5 in the country currently, but the third-year quarterback believes there are still things that the Tigers can improve on.

There are a number of factors that have contributed to Clemson’s success so far this season. The team overall has expressed more confidence as compared to last season. Being in control of their own destiny is a huge part of that confidence boost. There has also been an increase in offensive production, going from an average of 26.31 points per game last season to 41 points per game so far this season. But for Uiagalelei, the offensive line has been key for their growth.

“I think the biggest thing is my offensive line. I had no sacks last game,” Uiagalelei said. “I don’t know how many times I’ve been sacked this year but it hasn’t been very many. I can probably count it all out on my hand and probably half of those are my fault.” He also added that, “When you have an offensive line that gives you that much time in the pocket, you have all the confidence in the world to go through every single read.”

The amount of preparation that he puts in also greatly contributes. He watches at least 24 hours of game film each week but feels that there is never enough time to watch film. There is always something that can be learned from watching it, no matter how many times you watch it, he says.

Looking ahead to the game at Boston College this Saturday (7:30 p.m./ABC), Uiagalelei certainly has some experience playing their defense, with two contests in the series so far.

“They’re a super physical defense. I feel like the last two times I’ve played them, they’ve been real physical,” he said. “Everyone on their defense is great, all physical, they can all run, and they all know what they’re doing.”

This season has been a rough season for the Eagles, however. They currently have nine sacks and are averaging 154.4 rushing yards allowed per game. Clemson, on the other hand, has the second-best run defense in the country, only allowing 69.6 rushing yards per game. The physicality of both defenses will be put to the test this coming Saturday. But for Uiagalelei and the team as a whole, the goal is always improvement.

“It doesn’t matter who we play. The main thing is to get better every week,” he said. “We always want to play our best game, no matter who the opponent is.”