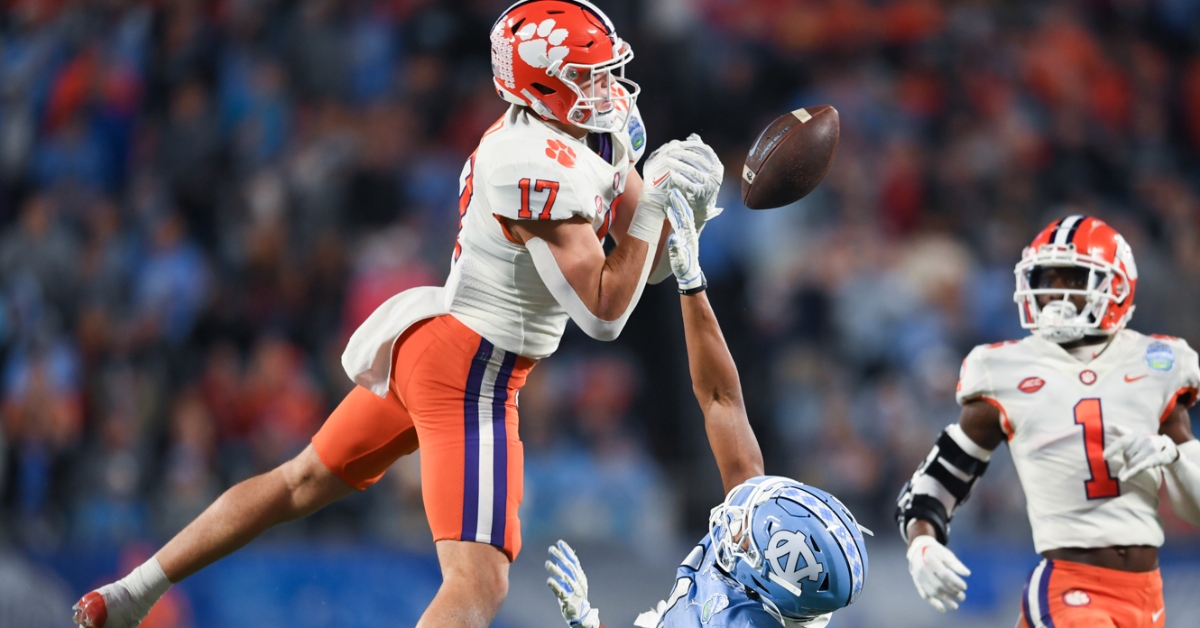 Wade Woodaz proved to be a versatile impact player as a freshman.

MIAMI GARDENS, FL – I don't know if defensive coordinator Wes Goodwin is fond of carrying a pocket knife, but when it comes to his defense, he has a Swiss Army Knife at his disposal.

Freshman Wade Woodaz is listed as a linebacker, but as we all saw throughout the season, he can lineup at safety and on the defensive line, and he's a force on special teams.

Fellow linebacker Barrett Carter deemed Woodaz the 'Swiss Army Knife' because of his versatility and ability to thrive at any position he's asked to play.

"It's extremely important because offenses are evolving, so you need guys that can play many different positions that you can plug in anywhere," Carter said before the Orange Bowl. "Wade can play linebacker, safety, on the d-line. He can play any position you throw him at, and he can excel at that position. Wade is a Swiss Army Knife in our defense. I'm proud of Wade and the way he shows up every day and the way he excels every day."

"Wade is sneaky athletic. I've seen Wade jump up for balls that he shouldn't have caught, but his athleticism is going to take him so far along with the mental side," Carter said. "Just how high he can jump. That really surprised me because I hadn't seen any of Wade, but when I saw him get up, I was like, 'Dang.' It really surprised me."

When asked where his ability to play multiple positions came from, Woodaz immediately thanked his parents for good genes before saying he prides himself on excelling at the mental aspect of football.

"My parents blessed me with some pretty good genetics," Woodaz told TigerNet after the Orange Bowl. "I'm tall, fast, and have long limbs. Then, obviously, the mental game is learning multiple positions is the biggest part of it because you have to know what to do if you're going to go play multiple positions."

Learning how to study the game from his older teammates has allowed him to stand out on the field.

"Mentally, 100 percent. Just my mindset going into games, film study," Woodaz said. "The older guys have instilled it in me; the need for film study and how you have to be prepared. I feel like that part of my game has developed greatly."

Woodaz didn't enroll in school until June, so to have earned a starting job by the end of his freshman season is something he takes pride in.

"It's an honor. I didn't really expect this coming in, but for them to throw me in and be able to go make some plays, it's an honor," he said.