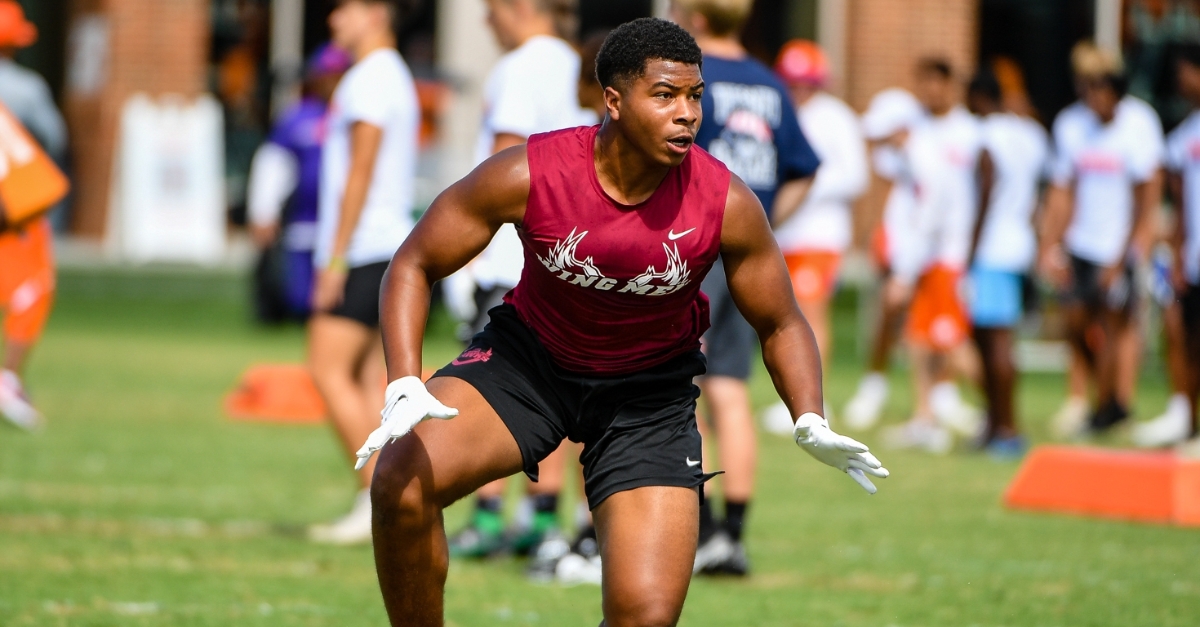 Dabo Swinney’s high school camps made a return after missing last year, and nearly 3000 campers walked through the doors for the six one-day sessions. We saw 5-stars and no stars and everything in between, and Friday afternoon’s session, like many of the others, didn’t lack for big names.

I am going to take a little time and recap the entire day. I will start with quarterback commit Cade Klubnik, who worked out this morning and was merely watching the afternoon session. Someone asked how Klubnik compared to 2023 prospect Arch Manning, who was in a week ago. Here is what I will say – Manning is REALLY good. He has the potential to be the best in the country and he’s worthy of that ranking. The kid can spin it.

But the receivers today were buzzing about Klubnik. He walked out there and owned the field, something I haven’t seen much of. DJ Uiagalelei did it. That is what you want out of your leader. So, yes, he has the arm talent, but he also has that intangible, that IT factor you look for. Wide receiver commit Adam Randall is the entire package but needs refinement on the technical aspects of the game and seemed to have a great connection with Klubnik. The two spent the afternoon talking and hanging out and throwing the ball back and forth.

That connection will be fun to watch. 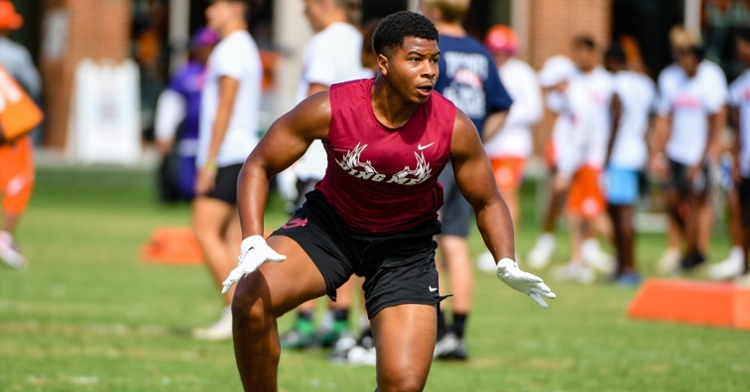 It’s also a neat note that Klubnik walked through the doors and said he was home.

* Five-star defensive lineman Vic Burley Warner Robins (GA) announced a Clemson offer on Tuesday and has been on campus since last night. Burley camped at Georgia Thursday, and the Georgia coaches (who do a lot of combine stuff) made Burley work for four hours. One observer noted that perhaps the Bulldog coaches were hoping he would wear out and not impress the Clemson coaches today. Todd Bates told Burley he could take it a little easier than normal, and during the second session he was out on a golf cart with his family getting a tour of the campus.

From everything I’ve heard, he has loved everything about his visit and is especially enamored with the Clemson family atmosphere.

*Speaking of atmosphere. I spoke with one coach who had a question, and he said this about the way Swinney runs his program. “I played at Georgia for Vince Dooley and I love my Bulldogs. I will be a Dawg until the day I die. But if I had a son who played football – and I know Nick (Saban) and Kirby (Smart) – he would come here and play for Dabo. This is the real college experience with men who do it right.”

*Class of 2023 4-star Caleb Herring Murfreesboro (TN) Riverdale watched but didn’t work out. He is the No. 1 edge rusher in Tennessee.

*I was on my way to watch the kickers this morning when I stopped to see two of Clemson’s offensive line commits. Strongsville (OH) 4-star Blake Miller and Greenville (SC) 4-star Collin Sadler. Miller looks like a throwback to another era and looks like he has a mean streak. So many of these kids look like they need a year or three in a college weight program, but Miller looks ready now. Sadler stands 6-6 and weighs 305 and looks ready as well. Both have good feet and move really well, and you’re always looking for “bend” to see if they can get leverage, and despite their height, both have that bend.

Another prospect that drew a lot of attention was Mount Pleasant (SC) Oceanside Collegiate Academy 2023 4-star Monroe Freeling. Freeling looks like he knows everybody on campus (based on earlier observations) and seems to fit in with the coaches.

*Working with the linebackers earlier was Philadelphia (PA) St Joe’s 4-star Josiah Trotter, the younger brother of Clemson linebacker Jeremiah Trotter. He was impressive during the drills, showing a good wingspan while moving well all over the field. One observer noted that Trotter has the moves to be a running back, which, while not true, shows how athletic he is.

*Another interesting young QB making the rounds is 2025 Shaun Swofford out of Ranburne (AL). At just 14 years of age, he already stands 6-2 and is able to make most of the throws on the field. He played on the varsity and started as an 8th-grader.