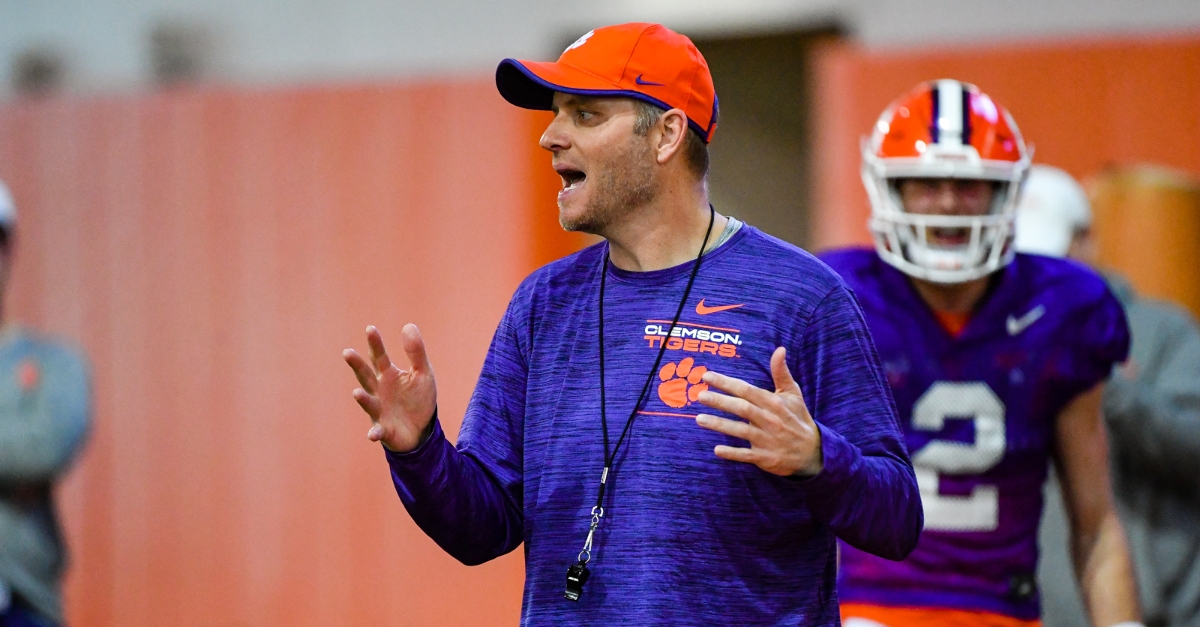 Brandon Streeter has played in the rivalry and that brings another edge to the week for him.

CLEMSON – For Brandon Streeter, the rivalry game against South Carolina is emotional and personal, and with good reason. He’s one of the few that can say he played in the game and coached in the game.

Streeter played for the Tigers from 1997-1999, beating the Gamecocks as the starting quarterback in 1998. He’s also coached in the rivalry game, but this will be his first time as the offensive coordinator.

"Then just on the other side of the whistle as a coach, you just don't have that physical part of the game but now, it's just a mental challenge and it's a chess match and it's controlling your emotions. How can you get your players prepared and ready to go and contain those emotions as much as possible so you can go execute and then you can't go out there and do it for them. Just getting them prepared I think is the biggest challenge and getting them ready for these type of games."

Streeter said the game is personal.

"Man, it's an amazing experience. I mean, it's amazing in many ways," Streeter said. "You talk about it all year long, you get to have bragging rights for a whole year and it's just always a competitive game. It's always emotional, personal, all of the above. You try to contain your emotions as much as you can, but it's going to be emotional just because of how electric the game is and just how it's built up. Two really good programs that get to go to battle every year. It's a really, really fun rivalry. I know there's so much history behind it. One of the longest ones in the country and I know it got disrupted I guess in 2020 during the COVID time, but it's fun.

"It's just a ton of fun and you get to rally around your teammates and it's kind of what ... These rival games, that's what you play college football for and that's why you coach at the college level. I mean, it's an amazing experience."

Streeter said he understands what the game means to people in the Palmetto State.

"I just think when you're talking about a rival game, first off I'm from Pennsylvania, so I didn't know much about Clemson or South Carolina growing up until I started getting recruited by the schools,” he said. “You just quickly learn when you get down here, I mean immediately, how important it is. You hear about stories across the state of people that literally not just talk about the game, but will save every penny that they have so that they can try to make it to one of these games. When you hear all these stories about these people doing this and finding ways to come to these games and really saving up and giving up so many things to come to a game, it makes it personal and it makes it that much more exciting because we know that this is not a game just for the coaches and the players.