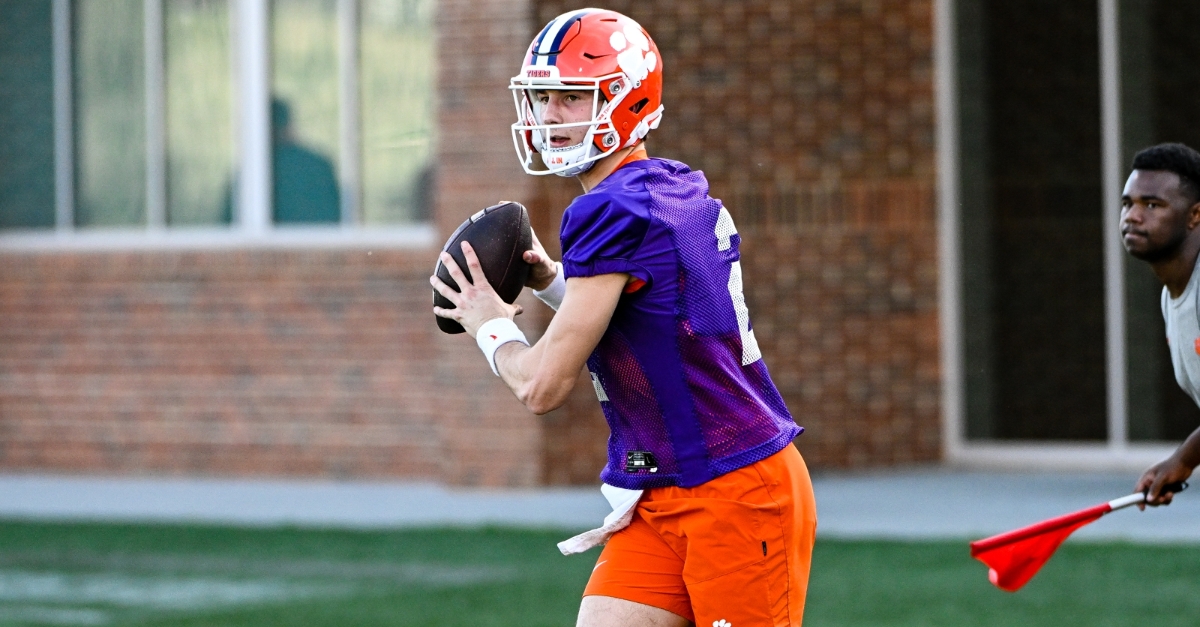 CLEMSON – There are times in this age of technology when you need to take your favorite device and do what is called a “reset.” It clears the clutter and streamlines things to where it should work faster and better without making wholesale changes. It appears that the football program has undergone a slight reset.

Members of the media were allowed to watch the first six periods of Friday’s practice, and much like on Wednesday, this one just felt different. Crisper? More enthusiasm? Different voices? I even asked if the segments were different and was told they were the same. But this feels like it did five or six years ago, and that’s a good thing as the program deals with last year’s adversity and lessons and the staff changes that followed.

Today I spent less time watching the players and more time watching the coaches and how they interacted with their players. As I watched Nick Eason move between having the time of his life and then dropping a truth bomb on some unsuspecting tackle, someone behind me said, “This is where Nick Eason needed to be. He’s right where he belongs. And he’s going to be great for those players.”

Eason will, at times, don boxing gloves and swipe at the players, and they need to knock his hands away (like the would an offensive lineman). That’s new to me on the defensive line here – I’ve seen defensive backs use the gloves during cover drills, but not defensive linemen. 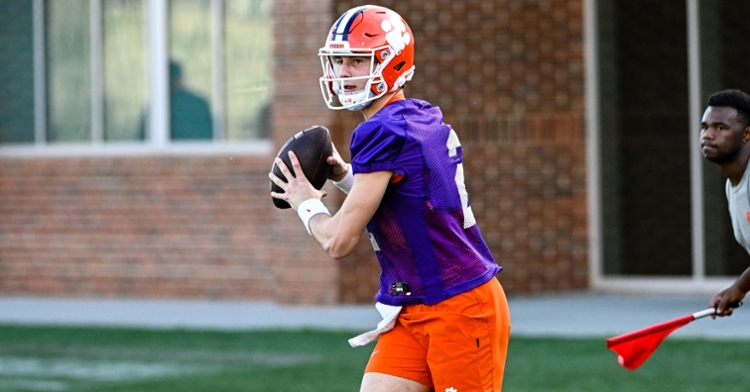 Over on the offensive line, Thomas Austin, Tyrone Crowder, and Brandon Thomas are going back to the basics, at least to my eyes. He wants his guys to be technically sound, and I’ve been told the players have responded in a big way. Having Thomas around helps – he played in the NFL and knows what it takes, but he also looks like a natural as a coach and appears to be a great teacher.

At tight end, Kyle Richardson is another guy that gets down and dirty on the teaching aspect. With Sage Ennis and Davis Allen on the sidelines staying loose and catching tennis balls out of a machine, Richardson is out on the field getting his group back to basics. He’s been a head coach so this isn’t his first rodeo, and once again it was the energy that stood out.

Back on defense, it’s obvious that new co-defensive coordinator Wes Goodwin is feeling more comfortable. He has moved into Brent Venables’ old house and stepped into the his role with ease.

Now, onto some player notes. I started out watching the running backs, where Kobe Pace and Will Shipley are acting as coaches and Phil Mafah is the only scholarship back at practice. However, one of the walk-ons, Dominique Thomas, carries himself like a scholarship player. He’s 5-8 and close to 200 pounds, and his legs are, in a word, thick. One person laughed and said they call him Robert Newhouse, which is going back a long way. Newhouse was the thick-legged fullback for those good Dallas Cowboys teams under Roger Staubach.

True freshman quarterback Cade Klubnik was moved to third team from fourth team quarterback since the last time we saw the team on Wednesday.

While watching the defense, two freshmen stood out. Way out. Way, way out. Toriano Pride and Jeadyn Lukus. Lukus just oozes athletic ability, while Pride moves well all over the field. It’s been a while since I’ve seen freshmen defensive backs come in a flash like this right away.