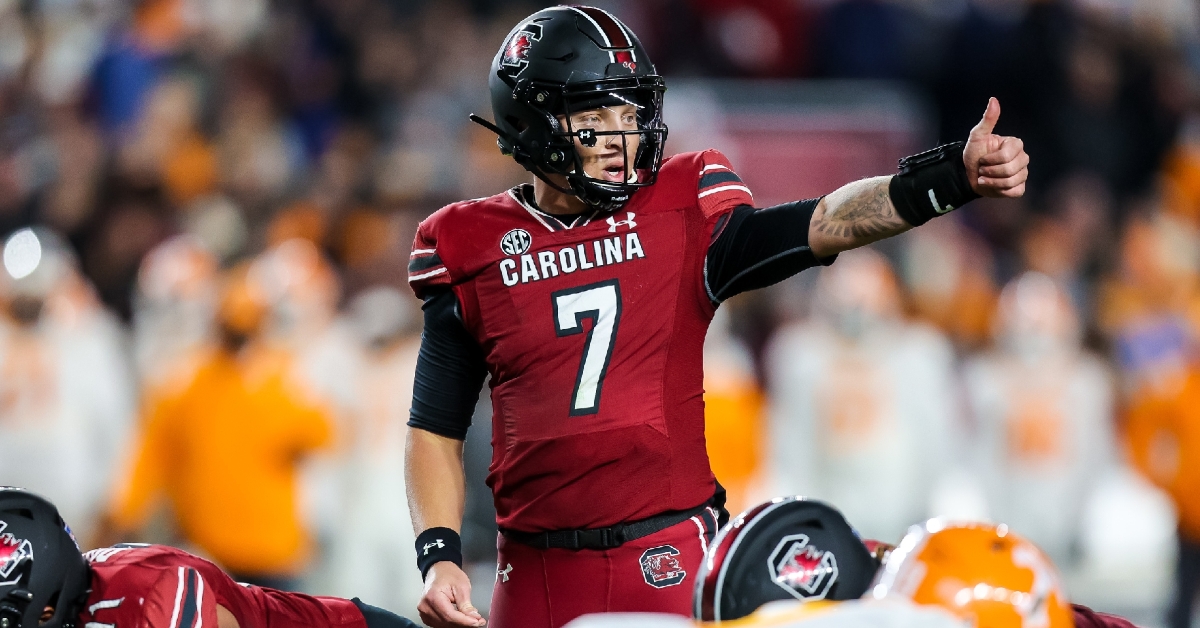 Spencer Rattler is coming off of his best game with the Gamecocks in putting 63 points on Tennessee. (Photo: Jeff Blake / USATODAY)

CLEMSON – Spencer Rattler and the South Carolina offense have the attention of Clemson’s defense after the Gamecocks exploded for 63 points in a victory over Tennessee last Saturday.

South Carolina travels to Clemson for the time since 2018 this Saturday in a noon kick on ABC. The Tigers (10-1 overall) are a 14.5-point favorite currently to win their eighth in a row in the series, which would be a series record for either team.

However, the Gamecocks (7-4) are riding high after the win over Tennessee. Rattler was 30-for-37 for 438 yards and six touchdowns against the Vols. The Gamecocks racked up 31 first downs and 606 total yards while possessing the ball for almost 39 minutes of the game.

“They were very creative with (Jaheim) Bell moving him around in different spots,” Conn said. “And they spread the ball out, got the ball in the hands of different people. They did a great job with formations, shifts, motions. Just a lot of creativity on offense, I thought.”

Even though South Carolina has struggled offensively at times this season, Conn said the coaches have to look at every game to get a true idea of what they’re facing.

“I think in every game you do something well. You try to go into every game and find maybe they did something out of this formation or this set that was really good,” Conn said. “So, you try to find those things that they did do well. And in those games, you try to find out some of their weaknesses and how people tried to defeat them and attack them and what they struggle with. So you can find that in all games - blowout games, good games, bad games, you can find something. So we're searching for every little nugget we can find.”

“No, I don't think so. I think they've been doing it all along. But it's different with personnel and personnel groupings,” he said. “I mean, you're taking a tight end now and you're putting them at running back and you're moving him in a lot of different spots to get him the ball because your running back has been hurt. So just trying to figure out where they're going to put all their guys and where they're going to be. A lot of times you can find tendencies with alignments. But when you're moving a guy around in different spots, not just one guy, I mean several guys in different spots, it's hard to find those tendencies.”

Rattler has had his share of struggles this season but Conn said he thought the Oklahoma transfer played Saturday with a lot of confidence.

“He's just competing. He's just out there competing and winning his team over and winning the crowd over. So that's what he's done a good job with,” Conn said. “He’s a really good player.”

Conn says the Clemson defense will have to play well to win, but playing at home with a newfound swagger will help.

“I think defensively, it's the energy and the enthusiasm, and I think that's been the biggest difference for us is bringing that,” Conn said. “And I think that playing in Death Valley, I think the crowd and our fans and that support and that noise and all that stuff, it really amps it up. But I love the energy, enthusiasm that our defense is playing with right now.”