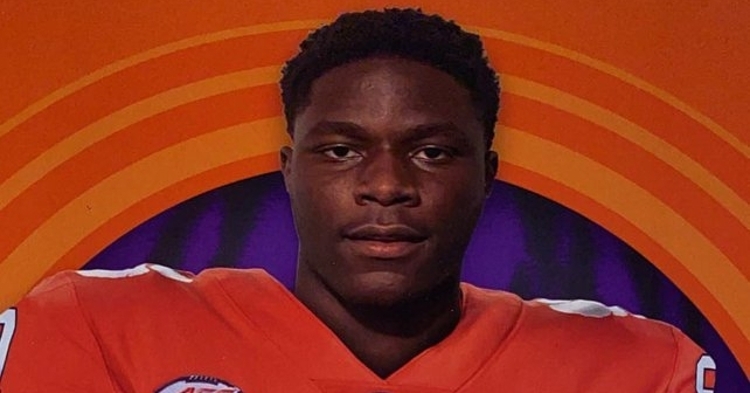 Okunlola received a Clemson offer back in March.

Another big-time defensive end is interested in the Tigers.

Clemson has had success with defensive ends over the years, including names like Gaines Adams, Da’Quan Bowers, Vic Beasley, Shaq Lawson, Clelin Ferrell, and Austin Bryant — just to name a few. On campus now are names are former 5-stars in Xavier Thomas, KJ Henry, and Myles Murphy, so it’s no surprise that one of the top players in Massachusetts has an interest in the Tigers.

Samuel Okunlola (6-4 220) of Brockton (MA) Thayer Academy is a 3-star rated talent in the 247Sports Composite and ranked 36th nationally among strongside defensive ends (ranked as high as a 4-star by Rivals.com). And no doubt he would have helped his stock had he had a season in 2020, but COVID took care of that for the private schools in Massachusetts.

But Clemson coaches Brent Venables, Todd Bates, Lemanski Hall and Mike Reed saw enough good stuff off of his 2019 tape, and off their personal interviews, to offer Okunlola in March.

Clemson isn’t the only big-time program to jump in on Okunlola, but knowing the program's history in being picky with prospects, and in developing defensive ends, he found the Tigers’ offer to be extra special.

“It was very exciting,” Okunlola said. “They don’t offer too many kids. I’ve very grateful to receive an offer and to have the potential opportunity to play for them one day. They are definitely interested in me.”

He will take official and unofficial visits in the months to come, and Clemson will get one of those stops. Okunlola said as he makes the trips, he’ll be looking to check the boxes on the things most important to him in a college football program. .

“The right fit for me as a student and an athlete,” Okunlola said. “Going somewhere where I’m wanted. Going where I can be developed.”

Blessed to receive an offer from Clemson University pic.twitter.com/JQx3bbvVbn