It looks like you are using an ad-blocker. You may not have realized, but our team is mostly supported by ad revenue. TigerNet has provided free Clemson sports news for over 25 years. Help us keep doing that by turning off your ad blocker or joining our ad-free membership level. Thank you!
Go Ad-Free! Continue browsing TigerNet with your adblocker active with a monthly or annual Ultimate Level membership.
Allow sponsors to pay for your browsing Disable your adblocker on TigerNet and ads will fund your browsing.
Already an Ultimate Level member? Please Login | Need help? Contact support
BREAKING
Clemson announces players unavailable for NC State game 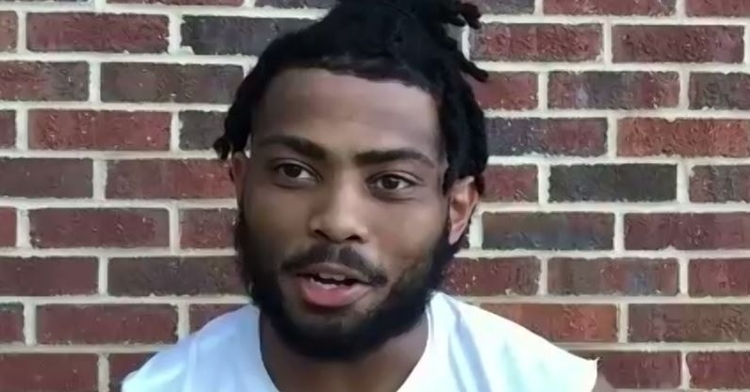 “We are united, and we want to play.”

Clemson running back Darien Rencher and quarterback Trevor Lawrence met with the media Monday evening to discuss the duo’s march to the forefront of the #WeAreUnited and #WeWantToPlay movements. Rencher signed off from the interview by saying, “We are united, and we want to play.”

That’s really all that needs to be said, but both players provided further insight into their thinking, the process of the beginning the movement, and what they hope to see happen for their teammates and future generations of college football players.

It all started with a late Sunday FaceTime session with some of the best players in the country in which they discussed their goals and the united front they wanted to present.

“It was actually pretty seamless,” Lawrence said. “Me and Darien had been talking for – throughout this whole thing we've been talking, but it really got more urgent yesterday obviously with all the news and hearing about the Big Ten (possibly canceling the fall season). We were like, man, we've got to do something quick and we've got to do something that will make people read it and make people listen. Because we felt like all the momentum was going the wrong way for us, so we wanted to do something that would change that, and it was really pretty seamless.”

They all agreed – they want to play football this fall.

“We just started talking to everyone and we all just agreed, hey, No. 1 priority is we want to play,” Lawrence said. “If you don't want to play, we respect that. There is that choice to opt out, so we understand that. But the guys that we talked to, everybody wants to play, and that was the main thing. That's what we're pushing for right now. There's a lot of other stuff out there that who knows down the line, we'll have to make decisions and maybe those things can happen. But right now, we want to play. That's what we're here to do, that's what we love to do, and it was really pretty seamless.”

"I'm all for some of the things that can be beneficial to athletes down the road, like name/image/likeness, and there's a time and place," Rencher said. "But I know if we don't play, there's going to be nothing to be compensated on. As we play the game, we can come to the table more."

On the Zoom call with the other players, Rencher and Lawrence helped craft a concise list of demands for athletes, including a universal health and safety protocol, eligibility extensions for players who opt out of the season, and the formation of a "players association."

Lawrence said he only wants to play if it’s safe, and he feels safe at Clemson.

“Our AD, Dan Radakovich, has done a great job of talking to us. Hats off to him, for sure. To everyone else, whoever is making the decisions and they are kind of leaning the opposite way, I would just say that this is what we love to do and we are passionate about it,” Lawrence said. “You've seen that. We have organized things really quickly to show how much we care about it. We feel safe (to play). And with communication and the chain of command, we really can provide a safe way to play. And that is what we are doing here and if every program can get on the same page, we feel like if the conferences can put a plan together and bounce things off of us we can do it. Here, we are safe. So that is why you are hearing what we are saying.”

If given the chance to talk to the decision-makers in college football, Rencher knows what he would say.

“There has been a lot of rhetoric out there, like we are trying to revolt. It is not that as much as we are trying to merge together and unite,” Rencher said. “I feel like they could glean something from hearing our experiences at each individual school. We understand they have a tough job as well, but I feel like there has been this broken chain of command where they aren't hearing us and we aren't hearing them and I think if we can just all come together and put safety first, the schools that are able to pay for the protocols and keep things safe like we have here at Clemson, we can come together and have a season and play for something. This can be a really special year. We have a chance to do something special, but if we all come together this can be one of the most special years, ever.”