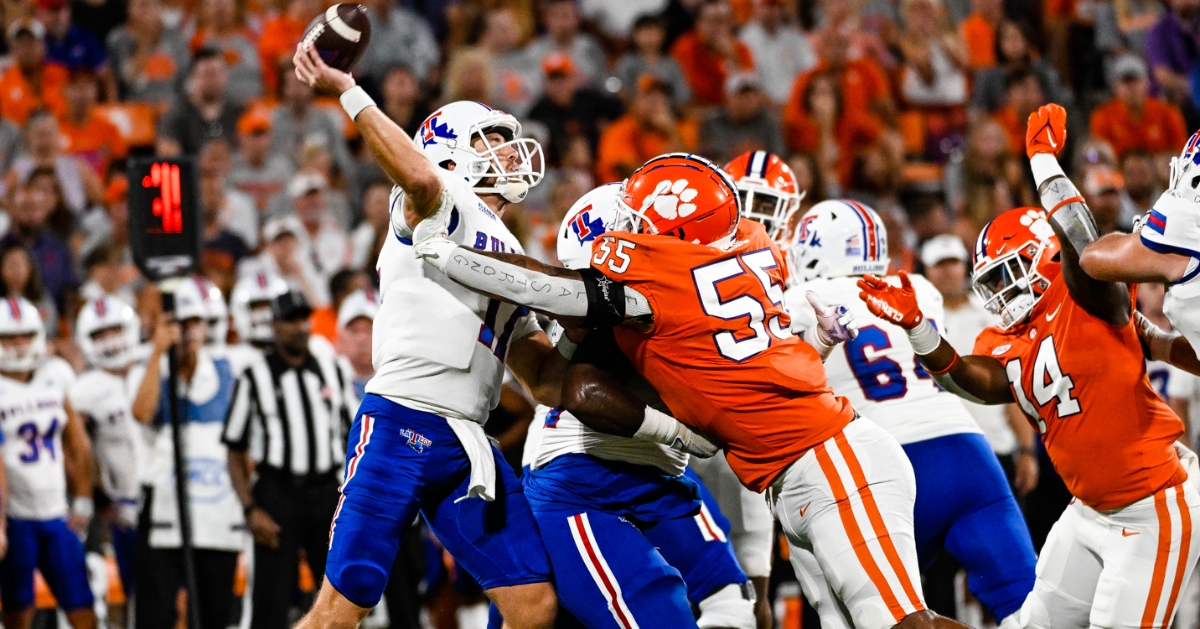 His weight when he first arrived was not where it needed to be, coming in at 395 pounds.

“COVID really messed me up,” Page said. “I couldn’t play, so I gained a lot of weight. It was basically all video games and DoorDash because I couldn’t really go outside. And then when I got here, I got humbled really fast, had to get right, and I lost all that weight.”

Ditching his go-to of McDonald's and sticking to Clemson's salad bar, Page is now down to 317 pounds, although the journey to get there was not so easy.

“It was really hard to stay on point. It was a bad point in my life, but I fought through it and now, I’m just really comfortable with where I’m at now,” said Page.

Teammates are proud of Page's journey, including sophomore linebacker Barrett Carter, who said that Page is performing and moving better in the new look.

His improvement in performance is showing statistically as well.

He tallied his first tackle in Clemson’s season-opener against Georgia Tech on Labor Day. Page recorded another 3 tackles against Furman in week two and registered his first quarterback hit of the season against Louisiana Tech last weekend.

Page will have even more opportunities to take another step forward in Clemson’s next game against Wake Forest this coming Saturday (12 p.m./ABC).

Wake Forest comes into the game ranked as No. 21 in the country (AP), making them the first-ranked team Clemson has played this season. Furthermore, with quarterback Sam Hartman at the helm, they have been successful in the passing game, averaging 312.5 passing yards per game.

Clemson’s defensive line as a whole could prove to be vital going against the Demon Deacons.

Liberty was able to get pressure on Hartman last week, resulting in his first two interceptions of the season. In addition, Clemson sacked Hartman a total of eight times last year when the Tigers hosted the Deacs last November.

Check out more of Page's story below:

Clemson DT @PaytonPage55 does not care if #72 has a family pic.twitter.com/VvNJfYtWCt