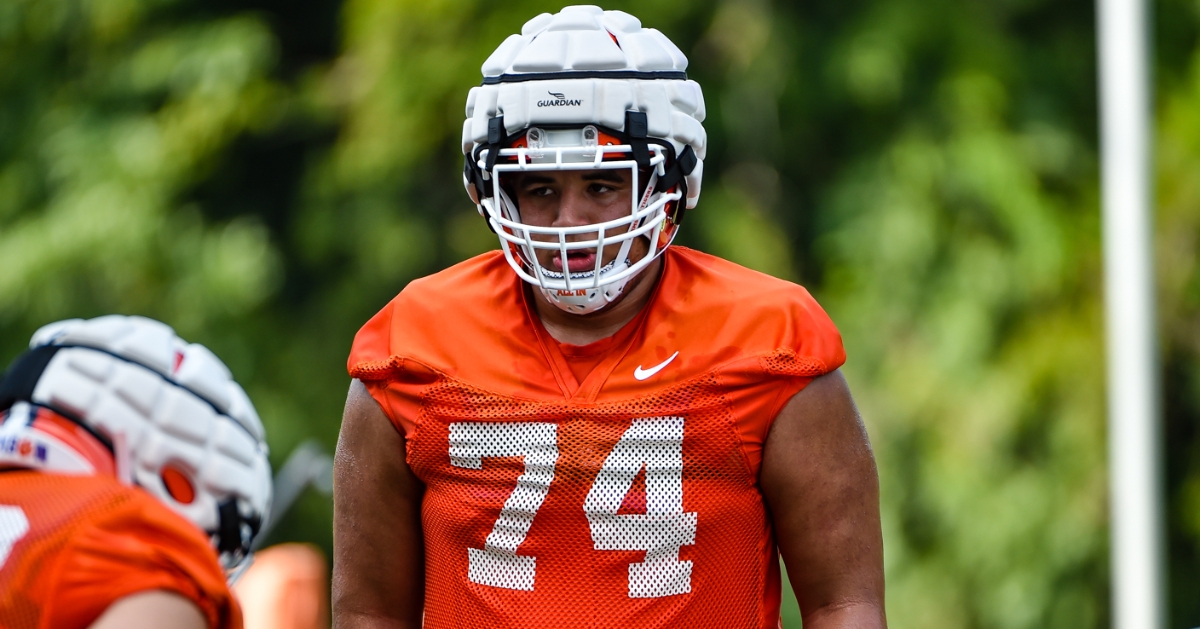 Tate says he wants to keep his starting spot.

CLEMSON – Marcus Tate has regained his starting spot at left guard and he’s working to make sure he keeps the job this time.

Tate (6-5, 325) is the highly-touted freshman out of Sunrise (FL) NSU University School who started the first game of his collegiate career, racking up 48 snaps in the season opener against Georgia. He became only the third true freshman offensive lineman since 1973 to start a season opener for Clemson, joining center James Farr (1980) and tackle Mitch Hyatt (2015).

However, he hit the freshman wall, and after playing 71 snaps against Georgia Tech in the third game of the season, he played only on special teams in the loss at NC State. He started against Boston College but played a reserve role against both Pitt and Florida State. He returned to the starting lineup last week in the win over Louisville.

"I just tried to take a positive impact about it. And since then, I think my practice habits have been better. I've been practicing way harder. And my attention to detail has been increased because I don't want to lose my spot, and I don't want them to question to take me out like that ever again. So that's something that I try to take out of that situation. I thought it was necessary. I wasn't happy about it, but I still put a lot in it. That's how I went about it." 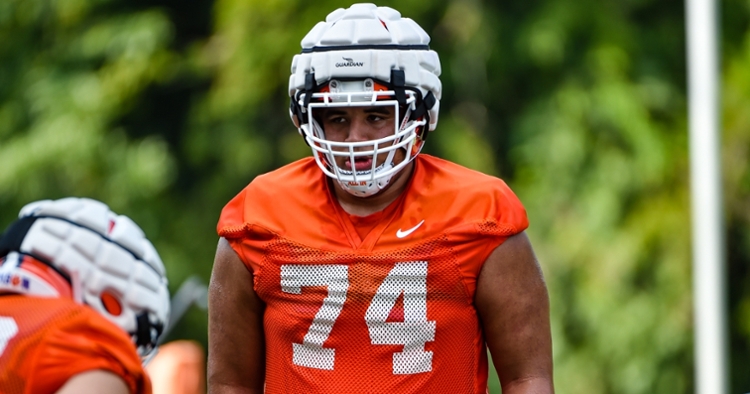 Tate says he wants to keep his starting spot."

"I like it because I still want to play tackle, of course. So being able to cross-train in practice and getting reps so I won't get out of those habits of playing tackle and I don't lose my comfortability in that spot,” Tate said. “I like it. But I think, for me, I would like to obviously focus more at guard because that's what I'm playing in the game. But I do think I'm getting a lot of it because we get plays all the time and now I know both spots and I feel like now I'm more valuable to the team -- if I know both positions. So hopefully, I get to show how good I am at left tackle, because I think that's where I'm really good. I really feel like once I get both these two positions down, you'll see how valuable of offensive lineman that I am."

How confident is he at guard?

"I mean, for me, it's really the mental part. Confidence, I think has really been my issue since high school,” Tate said. “At left tackle, I finally got the confidence especially when I got here that first spring. I really felt like I could do this thing at tackle so then I feel I had started all over at guard. I think that's been my biggest struggle is confidence and once I feel like I have the confidence. I will for sure be set."

Tate admitted that the Tigers are short on depth along the offensive line, especially with the news of the transfer of fellow guard Paul Tchio.

"Yeah, we're real thin. Obviously, I'm going to miss Paul,” Tate said. “I was really close with Paul. But that's something that's up to the coaches that's not a situation I really know much about. Wherever the opportunity is at, that's where I will try to take full advantage of. If I'm getting more reps, I just got to take full advantage of those reps."