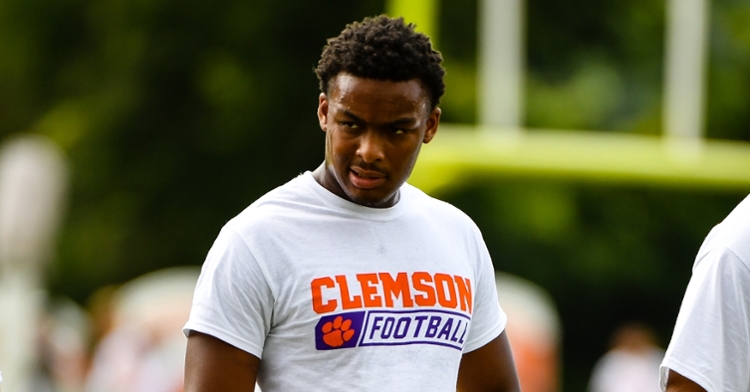 A Clemson legacy watched and waited for Oscar Delp to make his decision.

Delp, a top tight end prospect out of Georgia that was the top target on the Tigers’ board, made his decision late last week and picked his home-state Bulldogs. That made tight end Josh Sapp out of Greenville (SC) very happy.

Clemson made sure that Delp knew he was the priority target and tried to hang in there with him until the end, and Dabo Swinney wasn’t going to offer another tight end until Delp was off the board. After the Delp announcement, Swinney called Sapp Thursday afternoon and made the offer.

“Shoot man, I was excited, it was a great moment,” Sapp said. “Coach called me. He told me they were on the way to the airport, and he just wanted to tell me himself that they were officially offering me. I was grateful. I’ve been waiting for this for the longest. I’m just glad it’s finally happened now.”

Swinney and tight ends coach Tony Elliott had been honest with Sapp since his camp performance last summer. They liked him a lot, but Delp was their top target, and they were going to let that play out first. But Swinney could sense Delp moving in another direction, and he talked with Sapp at the Boston College game.

“He told me he was going to call me sometime this week eventually,” Sapp said. “He was just basically saying that he was keeping his word. He said he knows I’ve been working hard for this, and he’s liked the way I’ve been working this season. He’s been keeping his eyes on me since I came to camp, then he told me I had an official scholarship. And he told me to keep working. Joy went thru my body.”

It would have been simple for Sapp to just commit to Swinney on the phone Thursday afternoon, but he didn’t want to overreact.

“I’m going to be talking with my family stuff, and I’ll make a decision next week about everything,” Sapp said. “Right now, just talking to my and seeing what’s best.”

But there appears to be little doubt what Sapp’s next move will be. In fact, he said he will announce his plans on Tuesday on Twitter. And the idea of continuing the Sapp legacy at Clemson, where his father, Patrick Sapp, was a quarterback and one-time sideline announcer for the radio network after an NFL career, is very exciting.

“Definitely some big shoes to fill for sure,” Sapp said. “It’s not necessarily for my dad, but I know I carry it on my shoulders that my dad went there, so I have to represent our family. But Clemson is just a place that feels like home. Definitely just going to play and show my talents off.”