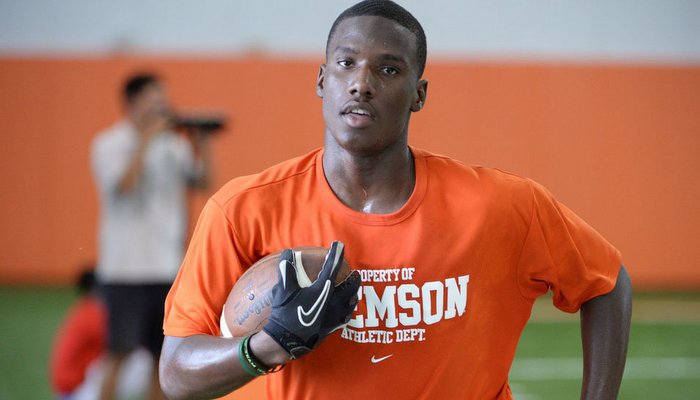 The Clemson football staff has one last chance to impress recruits as the home portion of the 2015 season comes to a close Saturday afternoon.

The Tigers take on division foe Wake Forest in a Senior Day and Military Appreciation Day matchup, and there will be plenty of prospects on hand for the festivities.

Edwards was committed to South Carolina, but announced Thursday that he was re-opening his recruitments. Edwards, who suffered a season-ending knee injury, is being recruited by most schools as a wide receiver, but since Clemson has commitments from T.J. Chase and Cornell Powell and likes Diondre Overton, they have offered Edwards as a defensive back.

Also on hand will be another former South Carolina commit in 4-star Montgomery (AL) Park Crossing linebacker P.J. Blue, whom Clemson is also recruiting as a safety. Blue’s teammate and 2017 quarterback Malik Cunningham will also be in attendance.

2017 offensive line commit Noah DeHond out of Rochester (NY) The Peddie School will be making his first trip to Death Valley after committing to Clemson over the summer. DeHond’s family was in the stands last week at Syracuse for the Tigers’ 37-27 win in the Carrier Dome.