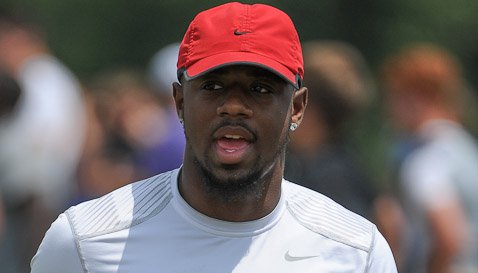 The Clemson coaching staff picked up the 9th commitment in the 2014 recruiting cycle, the fifth out of the state of Georgia and the second in two days when 4-star wide receiver Demarre Kitt 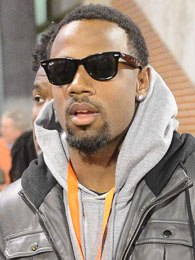 Kitt claimed 27 offers – including all of the region’s major programs – and had originally said he was going to announce his college decision in early June, but was on Clemson’s campus on Wednesday with his father, Herman Kitt, and decided to go ahead and pull the trigger on his decision.

TigerNet spoke with Herman Kitt shortly after the decision, and he said that his son had recently narrowed his choices down to three schools – Tennessee, Ohio St. and Clemson, with FSU as a darkhorse candidate – but Wednesday’s visit tipped the scales in Clemson’s favor.

“We had it narrowed down to those three schools, and the rest of it was just the final feel for feeling at home,” Kitt said. “We achieved that after the visit yesterday. It was clear cut that Clemson was the place he was supposed to be. Florida St. got in there late, but Demarre already had such a bond with Clemson’s players and coaches that it was just too late.”

Kitt said he also wanted to spend time with Swinney on the visit.

“Demarre had been up there several times, and he really liked it,” he said. “The campus is beautiful and I like the way it is laid out. It is not in an urban area, and that is very attractive, and the visit was a really good experience. But what I was really looking for was talking to Coach Swinney and getting to know the man, something I hadn’t been able to do. I was able to do that yesterday. I feel like Demarre is a good fit for the Clemson offense, but that was never really an issue. It was just me getting comfortable with the staff, and feeling like my son will have all of his goals met as a football player and a person.”

Kitt said he got what he wanted from his conversation with Swinney, and that conversation left him comfortable with Clemson should his son decide to commit to the Tigers.

“My impression of him is that he is a man of integrity and is someone you can talk to,” he said. “I felt like I got the bottom line from him, and I felt comfortable with him. The things he says he can and will do for my son, I feel like I can hold him accountable for that and he embraces that challenge.”

Following the visit, father and son weighed the pros and cons of Clemson as they drove home.

“We talked about it as we drove home, and he knew that Clemson was where he wanted to be,” Kitt said. “But we wanted his mother to be involved in it as well. We got home and told her what he wanted to do, and she had no problems with that. Demarre felt like it was a real family there, and the coaches and players and support staff are very friendly. It was genuine. It was not a façade – it was real.”

Korie Rogers
Outside Linebacker
6-2, 200
Buford, GA
View Full Profile commited to Clemson Wednesday evening, and the addition of Kitt gives Clemson five commitments for 2014 out of the state of Georgia. All five are considered to be 4-star players. Kitt is rated as the 99th best player in the country, regardless of position, by ESPN. ESPN also ranks him as the No. 12 receiver in the 2014 recruiting class.