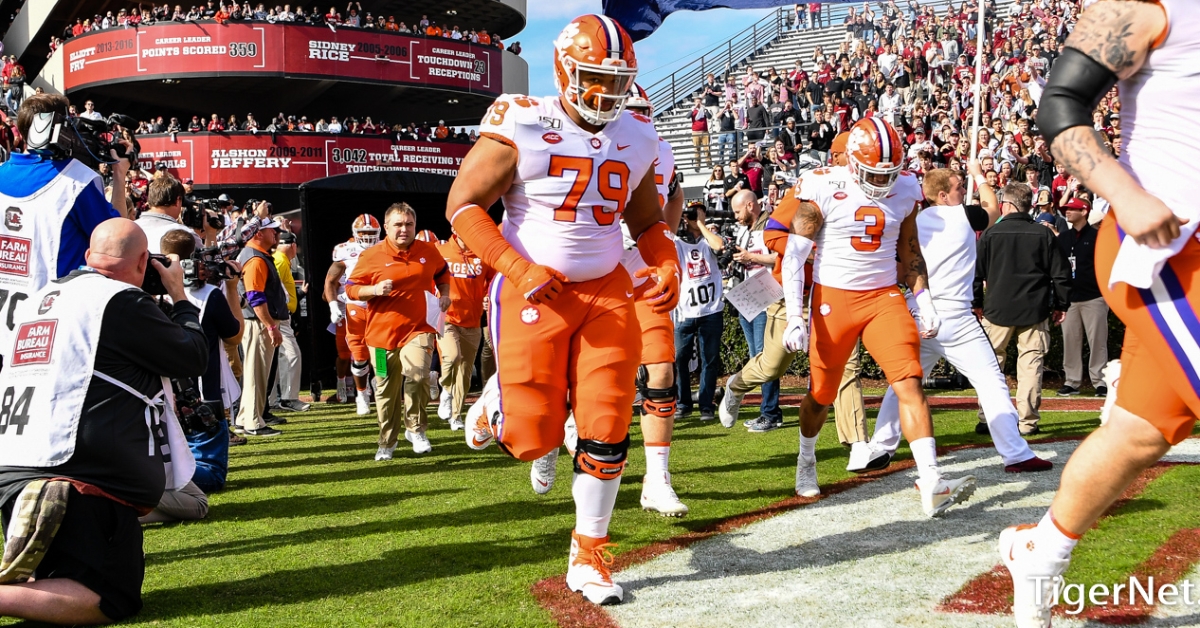 Starting left tackle Jackson Carman got off to a great start in the first part of the 2019 season, and his consistency earned him a third-team All-ACC selection. Entering his junior on campus, Carman is looking for even more.

In 2019, Carman played 798 snaps over 15 games (all starts) helping Clemson finish fourth in the nation in points per game (43.9) and fifth in total offense (school-record 528.7 yards per game). He made his first career start and played 44 snaps vs. Georgia Tech in helping Clemson to its most rushing yards (411) in a season opener since 1957, and then played all 72 snaps vs. No. 12 Texas A&M in the heat.

Last year’s offensive line had four senior starters in John Simpson, Tremayne Anchrum, Sean Pollard, and Gage Cervenka. Three of those will be in an NFL training camp this summer, leaving a leadership void up front.

Carman stepped eagerly into that role after a brief conversation with offensive coordinator Tony Elliott.

“As soon as we got back from the Natty, Coach E walked over to me and said, 'You're a vet now.' And it hit me and I was like, wow,” Carman said. “I had never thought about it up to that point, I was just worried about all of the stuff I was dealing with in that moment. That is how it has been and I have been really enjoying it. I like helping everyone and being there for people, and then learning from them because it goes both ways.” 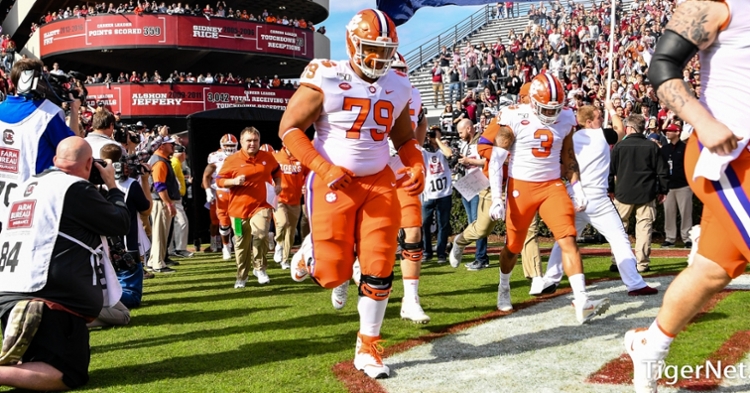 Carman leads the Tigers out of the tunnel at South Carolina last November."

“I feel like this year our team started off with a little more chemistry and a little more knowledge,” Carman said. “Better leadership than last year at this point, and everyone is on the same page. Personally, nothing is really different.”

In other words, he is still working hard to improve his craft.

“I am still working hard and working on the finer points of my game,” Carman said. “The one thing that might be the biggest difference for me is my role as far as leadership and helping all of the young guys. Being a leader on the offense and the offensive line. That is what I have been embracing from the beginning.

“On the field, I am working on everything and trying to take my game to another level from where it was at last year.”

Carman will be counted on to provide a veteran role model for the freshmen and new starters, a group he really likes.

“They are freshmen but they are way ahead of where I was as a freshman,” Carman said. “Even though they mess up and make freshman mistakes, they correct them really fast. They all look good and they all work really hard and they all care and that is very important. They are all good guys off the field.”