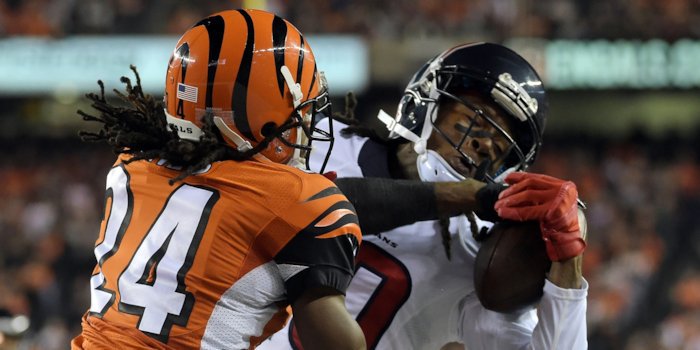 The prime time NFL action this week featured a couple of huge plays from Clemson products with DeAndre Hopkins and Andre Ellington stealing the show in their games.

On Sunday night, Ellington and the Arizona Cardinals pulled out a huge win over NFC West rival Seattle, with Ellington scoring on a 48-yard touchdown run with 4:04 left to pretty much seal the win.

On Monday night, Hopkins and the Houston Texans handed Cincinnati its first loss of the season. Hopkins had the catch of the season with a 22-yard, one-handed circus grab to give the Texans the lead early in the fourth quarter.

48 yards later and Andre Ellington wraps a bow on the game in the blink of an eye. #AZvsSEA https://t.co/2liokxkF9o

Kourtnei Brown, LB, Houston: Did not play against Cincinnati.

Martavis Bryant, WR, Pittsburgh: Six catches for 178 yards and one touchdown against Cleveland.

Andre Ellington, RB, Arizona: Five carries for 61 yards and a touchdown against Seattle.

DeAndre Hopkins, WR, Houston: Five catches for 57 yards and one touchdown against Cincinnati.