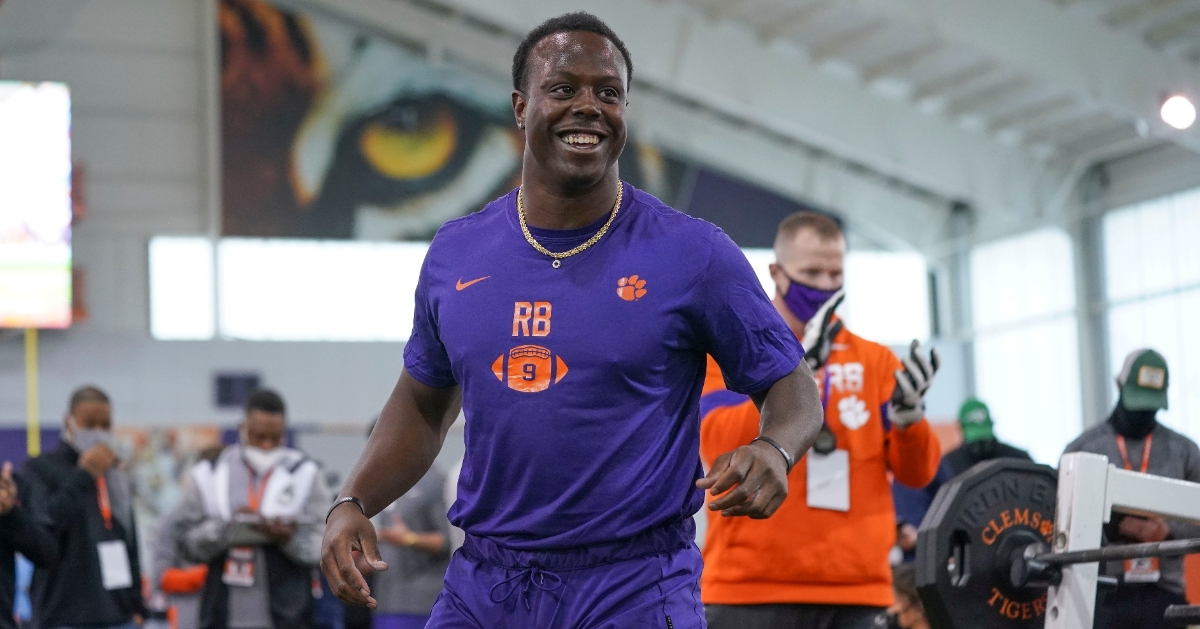 From blistering 40 times to a comparison to Saquon Barkley, Thursday’s Pro Day was a money day for former Clemson players.

The Tigers held its annual Pro Day for NFL coaches, general managers, executives and scouts in the Poe Indoor Facility Thursday, and while Travis Etienne was the headliner, Cornell Powell and Amari Rodgers also turned heads with their workouts.

A total of 61 NFL personnel showed up, and every team was represented except for one – the Dallas Cowboys. Pittsburgh Steelers head coach Mike Tomlin was the only head coach in attendance, but general managers who were there were Steve Keim of the Arizona Cardinals, Kevin Colbert of the Pittsburgh Steelers, Brandon Beane of the Buffalo Bills, Chris Grier of the Miami Dolphins, and Brian Gutekunst of the Green Bay Packers.

Clemson head coach Dabo Swinney spent a lot of time in conversation with Tomlin and former NFL receiver Steve Smith, who was on hand as a draft analyst for the NFL Network.

Offensive lineman Jackson Carman elected to not work out. 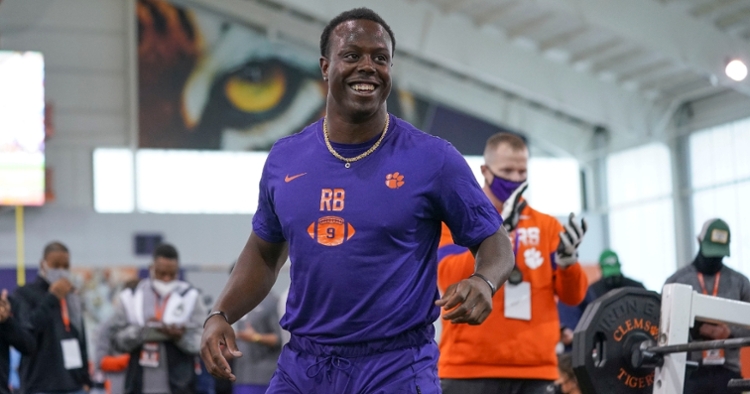 “He is an every-down back. He did not come here that way, and it is not that he couldn’t, he just had not been asked to do things and was in an option type of offense that he grew up in,” Swinney said. “But he is an every-down player. He can pound it between the tackles. He breaks tackles. He runs through the smoke. He can run away from people. He brings explosiveness. Every time he touches the ball you hold your breath. He is one of those guys. And then he is dynamic. You saw that with him this year. In fact, the last guy to do what he did in college football in rushing and receiving was Saquon Barkley.”

Wide receiver Amari Rodgers had a vertical jump of 33.0, a broad jump of 10-1, and ran the 40 in 4.4, and Swinney said he believes Rodgers can play inside (slot) or outside (boundary or field) receiver at the next level.

“He has great tape in both areas (the outside and the slot). He can do both,” Swinney said. “But he is a prototypical slot-type of guy. He has great short-area quickness. He has great collision balance. When you are in the slot. You have some traffic you have to navigate. He has a great understanding of the game and a high football IQ. He is long. He plays like he has the length of a 6-2 or 6-3 type guy. But what you love about him is his yards after contact and his yards after the catch.” 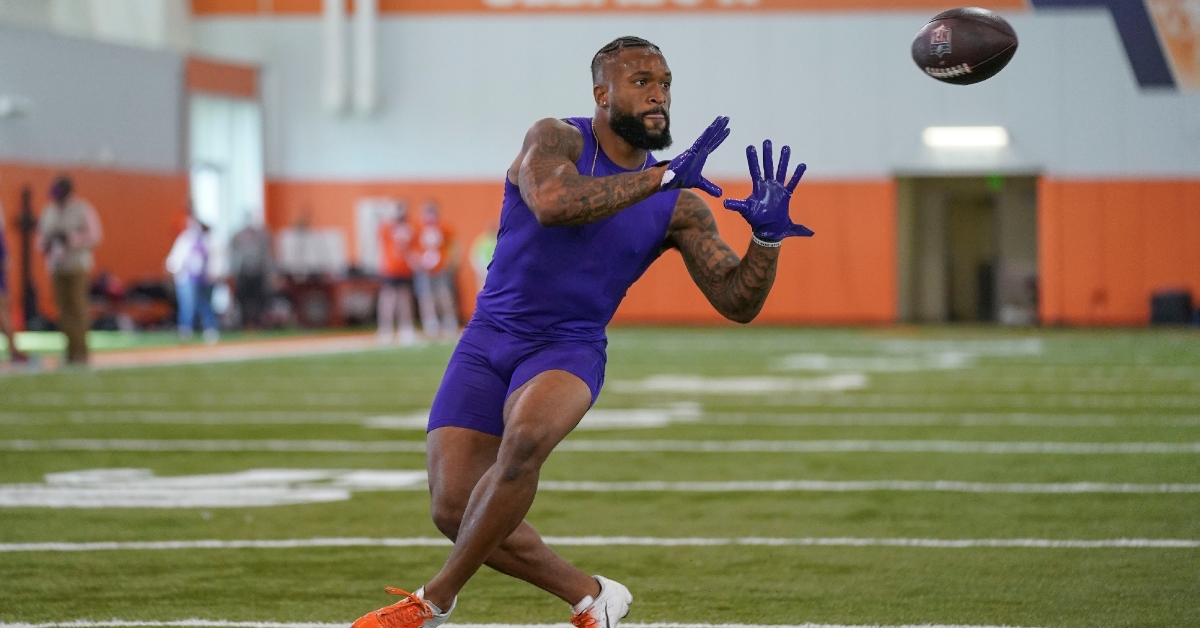 Swinney praised Powell’s ability to stick with the program through some tough personal times.

“He is a great example for so many people out there, especially in this environment we are in now. Where if it is not going your way, you just pack up and leave,” Swinney said. “Cornell could have left. He played as a freshman. Then he got hurt. He battled through injuries, hamstring. Then we redshirted him in the middle of his career. But what I love about Cornell is that he became very self-aware. He wanted to be coached. He had to learn how to compete at this level and really play full speed all the time. It was awesome. The easy thing for him to do would be to leave, but he stayed, and he competed. That, I think, is the best quality you can have if you are going to be successful at the next level.”

RB Travis Etienne with a blazing 4.40u 40-yard dash ?? (via @accnetwork)@swaggy_t1 | @ClemsonFB pic.twitter.com/JzGQLoSsuZ

Man-to-man with Steve Smith Sr. was a place DBs probably didn’t want to be for 16 years.

“It looks like @CornellPowell17 hasn’t had a carb in a decade!”

Ain’t that the truth!