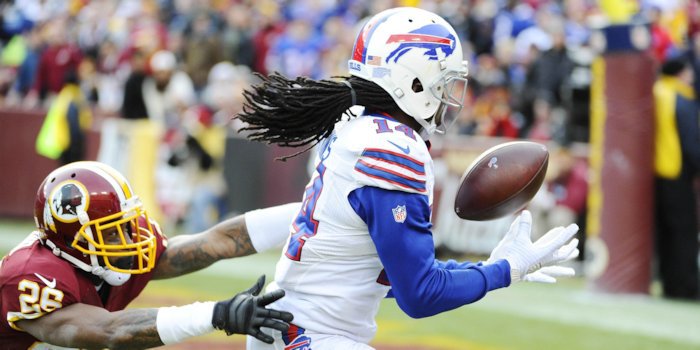 As the Clemson football Twitter account pointed out Monday morning, Jaron Brown, Martavis Bryant, Adam Humphries, DeAndre Hopkins and Sammy Watkins were all on the 2012 Clemson team together. They had a lot of big days together that year, and they have continued to shine in the NFL.

On Sunday, they combined for 30 catches, 367 yards and two touchdowns.

Bryant had 10 catches for 87 yards against Denver and has 48 catches for 759 yards and six touchdowns this season.

Hopkins had eight catches for 94 yards against Indianapolis and has 97 catches for 1,315 yards and 10 touchdowns this season.

Dwayne Allen, TE, Indianapolis: One catch for 5 yards, one carry for 1 yard against Houston.

Tavaris Barnes, DE, New Orleans: Did not play against Detroit.

Jaron Brown, WR, Arizona: One catch for 15 yards against Philadelphia.

Marcus Gilchrist, SS, New York Jets: One tackle, one interception and one pass defensed against Dallas.