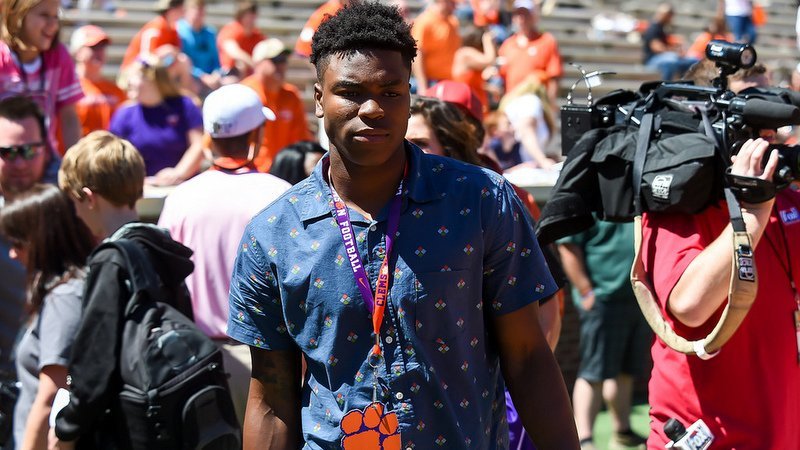 Friday begins what is one of the biggest recruiting weekends for the Clemson coaching staff as they try to put the finishing touches on the 2018 recruiting class and begin building the 2019 class.

O’Neal – once a Texas A&M commit – re-opened his recruitment during the fall and subsequently named a top four of Oklahoma, Clemson, Texas A&M and Georgia. After a visit this week with defensive coordinator Brent Venables and safeties coach Mickey Conn, O’Neal decided to make the trek for an official visit this weekend.

Hill – who many see as a wide receiver but is coveted as a safety by the Clemson coaches – has been committed to Auburn since August, but he opted not to sign during Decembers early signing period. Hill has kept his options open and Clemson has been the biggest threat to the Tigers from The Plains for the duration.

Clemson only has one safety spot open in 2018. Can Venables and Conn take a step in filling that void this weekend?

As of right now, the Tigers stand to lose at least 22 players after the 2018 season, and that’s not including any juniors (Dexter Lawrence) who may choose to enter the NFL Draft early, so Clemson is looking at its largest class to fill in at least three years.

With that said, the 2019 class is going to be very heavy on defense, especially linebackers, which is why the coaches are bringing in six potential linebackers for its elite junior day.

5-star RB/LB LB Quavaris Crouch out Charlotte (NC) Harding is the second-ranked player in the 2019 class according to Rivals and the highest rated prospect attending this weekend’s festivities.

The Tigers will host two prospects committed elsewhere in Pierce Quick – a 4-star offensive lineman committed to Alabama – and Michael Morris – a 4-star defensive end committed to Florida State. Both say that their commitments are solid but also want to see what else is out there.

Clemson is also playing host to a pair of highly regarded offensive lineman in Hogansville (GA) Callaway lineman Keiondre Jones and Buford (GA) lineman Harry Miller. Both have made several trips to Clemson.

Loganville (GA) Grayson teammates Owen Pappoe (linebacker) and Kevin Harris (defensive end) will be making return trips. Harris has said that Clemson is among his favorites and was thought to be close to a commitment back in the fall. Pappoe has had Clemson in his top three with Florida State and Georgia since last summer.