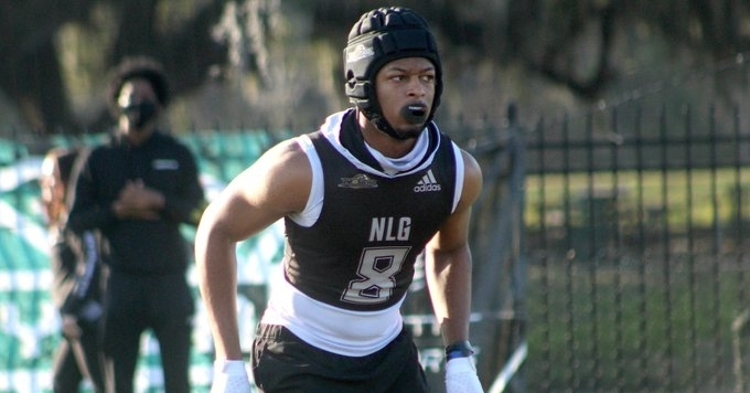 Sabb is set to make his decision public Saturday.

A 5-star safety is ready to make a 40-year decision, and Clemson is firmly in the mix.

A pair of Clemson targets and teammates at IMG Academy in Florida, CB Daylen Everette and SAF Keon Sabb, will make their commitment announcements Saturday afternoon via CBS Sports HQ. Everette is choosing from Clemson, North Carolina and Georgia. Sabb is picking from a final group of Clemson, Georgia, Michigan, Penn State, LSU and Texas A&M.

Sabb took an unofficial visit to Clemson June 11th for the Elite Retreat. He made official visits to Georgia, Penn State, Michigan and Texas A&M. He returns to IMG from his New Jersey home Sunday, and his coaches there won’t allow any more visits until their bye week during the season, so Sabb won’t make it back to Clemson for the July 25th cookout. To make up for that, he’s on the phone constantly with defensive coordinator Brent Venables and safeties coach Mickey Conn.

“I got a bunch of phone calls today (Wednesday) after I made it (announcement plans) public,” Sabb said. “Different coaches and everybody trying to throw that last little piece in there. I talk to Coach Venables and Mickey Conn every day. I talk to Coach (Dabo) Swinney every week or so, every two weeks. I have a really good relationship with them. I talk with Coach Venables and just keep the relationship strong. We’ve gone over everything, so there’s not really much else they can tell me that I haven’t known about the school. I feel really good about them.”

Sabb added that the Clemson coaches haven’t been alone in wearing out his cell phone digits.

“I talk to Georgia, Coach (Jahmile) Addae, daily. I talk to Coach (Cameron) Lemons, Will Muschamp from Georgia, daily,” Sabb said. “Michigan, I talk to them, Coach Clink (Steve Clinkscale), I talk to them almost every day. I’ve got a lot of good relationships with coaches. I probably end up talking to Georgia the most.”

As he and his father work out the final details for the announcement, Sabb said there a few factors he’s looking for in the school he chooses.

“Development for the next level. And I want somewhere where I can feel like I’m at home, a genuine relationship with the coaches,” Sabb said. “I need it to be not a four-year but a forty-year decision. I want to play early. And build relationships with genuine people, somewhere I can tell my friends you need to have your kids here, a place like that.”

Sabb is a five-star rated prospect in the 247Sports Composite and is ranked the No. 1 athlete nationally in the class by the site.