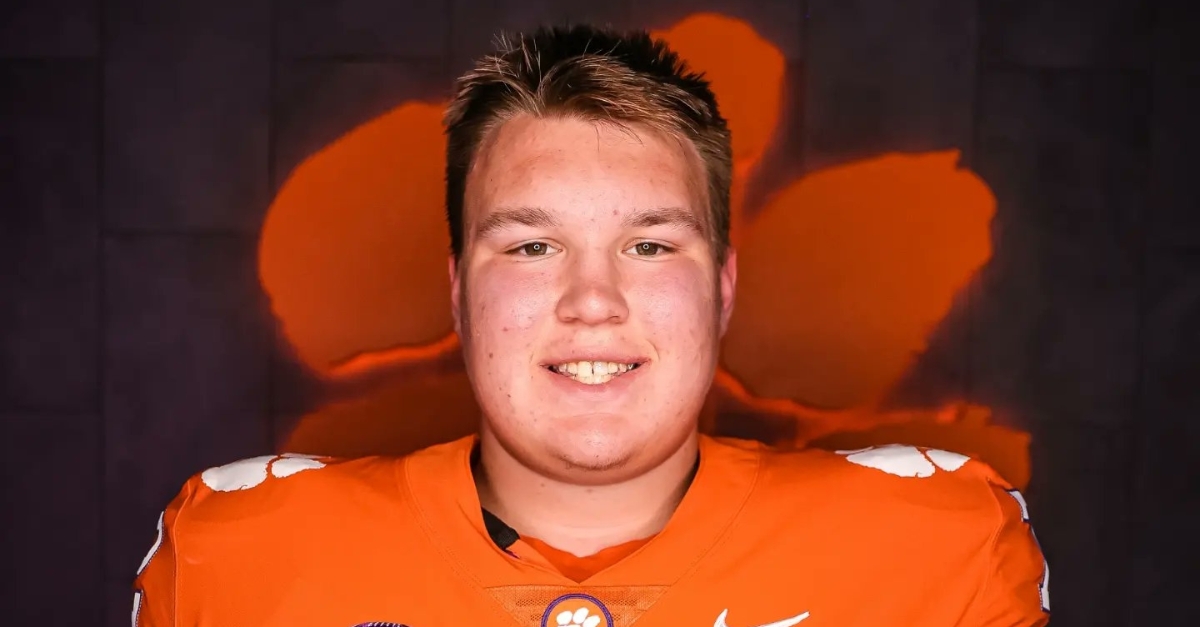 Ian Reed was thrilled with his Clemson offer.

The first part of June will be a busy time on Clemson’s campus as the coaching staff plays host to several big-time prospects in an effort to add momentum to the 2023 recruiting class.

The campus was almost empty Monday – final exams were last week, and trucks and cars were packed to the gills Thursday through this past weekend as students began their exodus back home. However, the campus will be busy again the first two weeks of June as head coach Dabo Swinney hosts his annual high school camp.

The first camp will be held June 1-2 (a Wednesday and Thursday) and the second session of camp will be held June 10th-12th. The first camp is doubly important – it will act as a springboard to a huge recruiting weekend that Friday-Sunday (the 3rd-5th). The coaches will host 20-plus prospects for official visits that weekend, including several top offensive line prospects.

Yes, things have changed. In the past, Swinney didn’t allow official visits to be held in June – the coaches preferred officials be reserved for games in the fall – but due to COVID changing the recruiting calendar in recent years, Swinney is allowing visits because he knows recruits are wanting to make decisions earlier in the process.

That number includes several top offensive line prospects. Thomas Austin is getting a handle on the targets he has offered. Sam Pendleton looked to be one of the bigger targets, but that relationship ended suddenly with Pendleton committing to Notre Dame. Another top prospect is Sullivan Absher, who has Clemson in his top three, but I fully expect the Irish to land Absher and add to their 2023 haul.

One of the top targets in the state is Monroe Freeling out of Mount Pleasant (SC) Oceanside Collegiate Academy. Freeling won’t take his official visit to Clemson until the season, but he also told us a few weeks ago that he’s in no hurry to make a decision.

Freeling said he is keeping the lines of communication open with Austin.

“I’ve been hearing from them for a while, ever since they offered me,” Freeling said. “They’ve just been speaking on what they have to offer. They are going to win national championships. I have a good relationship with Coach Austin. I’ll probably have to develop that and grow more of a relationship with him.”

Making the early June trip is 4-star OL Harris Sewell of Odessa (TX) Permian. Sewell has 23 offers – including all of the big names – but has recently trimmed his list to just five. Clemson is on that list with Texas A&M, Texas, Oklahoma, and Alabama.

I spoke briefly with Sewell on Monday, and he said he was excited because he’s really interested in Clemson and wants to see what it’s all about.

Ian Reed is another Texas prospect making the trip. Reed, a 3-star out of Austin (TX) Vandergrift, actually initiated conversations with the Clemson coaches and visited for the spring game, where he picked up an offer.

“Getting an offer from Clemson is just amazing,” Reed said. “It’s been a childhood dream of mine to get a Clemson offer. It was the first team I actually watched when I got introduced to football. It’s pretty crazy getting an offer from a team that you first watched. I actually just watched a random game, and I didn’t know anything about football. It was back when I was in the third grade or something like that. I watched the Clemson-South Carolina game, and I just saw the orange and white and it just looked amazing.

“I’m starting to build a good relationship with Coach Austin. This was the first time I met him in person. He’s such a great guy. He thinks I’m very good and have a high upside in college football. He said I could possibly go far in the NFL. He loves the skill set that I have. The system that I run in high school is similar to Clemson’s, and he likes that as well. He thinks I have some God-given talent.”

Reed hopes to make a decision by the end of the summer, making this a critical visit for the Clemson coaches.

Also making the trip is 4-star Zechariah Owens of McDonough (GA) Eagle’s Landing Christian. He was on campus this past spring for one of Clemson’s stadium scrimmages, and Clemson is very high on his list (if not the leader).