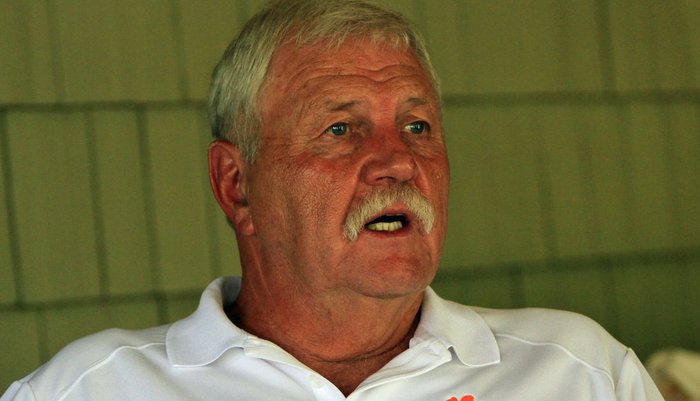 Dabo Swinney
Head Coach
View Full Profile ’s annual media golf outing this morning at The Reserve, and there are plenty of players nuggets and tidbits to pass along.

We started off the morning with defensive tackles coach Dan Brooks

Dan Brooks
Assoc. Head Coach / Def. Tackles
View Full Profile , and he opened up about some of the younger players that will have to take up the slack left by the departures of Grady Jarrett

Albert Huggins
Fr. Defensive Line
#67 6-3, 280
Orangeburg, SC
View Full Profile will start off fall camp at defensive tackle. Prior to his commitment, Huggins made the defensive staff promise he would get a look at defensive end but requested a move back to tackle during the spring. Brooks said Huggins may still provide snaps at end, but he believes Huggins’ has a higher upside at tackle. Brooks said Huggins is about the same weight he was in January – between 280-282 pounds – but has toned up.

“He reminds of a guy I used to coach named Shaun Ellis,” Brooks said. “People always said he would grow into a 3-technique, but he wound up playing a 6-technique. Christian will start off inside, but his athletic ability is off the charts and I don’t have a doubt he could play end if we had a need or we asked him to.”

Watkins continued to make strides last season, and Brooks said that Watkins will enter the fall as the No.2 tackle.

Scott Pagano
RS So. Defensive Tackle
#56 6-3, 295
Honolulu, HI
View Full Profile is another player that Brooks expects to see make huge strides this season. Pagano’s family was based in Hawaii – his dad is in the Navy – but was transferred to Norfolk recently. As a result, Pagano’s mom and sisters have moved closer to Clemson and Brooks thinks that will make an impact.

“I know he helped them move and get settled around here, and I think it will be good for him,” Brooks said. “I know it will also be easier because he won’t be making that long flight. I know as a big man that is hard on your back and hips, and not having to make that long flight will also help him.”

Richard Yeargin
RS Fr. Defensive End
#49 6-4, 225
Lauderdale Lakes, FL
View Full Profile has added 20 or more pounds since the spring game. Yeargin had surgery to remove his tonsils after the spring and Hobby said it’s allowing the Florida native to finally eat likes he needs to.

Jay Guillermo
RS Jr. Center
#57 6-3, 310
Maryville, TN
View Full Profile – Swinney said earlier that Guillermo is back and is more involved with the team than he has been in the past. He said Guillermo just seems happier and they expect big things this season.

Caldwell said that Guillermo will be grouped with Justin Falcinelli

Brent Venables
Def. Coordinator / Linebackers
View Full Profile was his usual exuberant self, and while he talked plenty about team chemistry and people needing to step up and be leaders, he also delved into thoughts on individual players.

I asked Venables the names of one or two players that would be household names by the end of the season, and he said safety T.J. Green

Venables said Green is poised to take the next step as one of the premier safeties in the conference, and recounted a story from late June that shows Green’s growth.

“It was late June and it was after 5 p.m. and I had to run back to the office to get something,” Venables said. “I was walking out and here comes T.J., all by himself and doing it where nobody was there to notice. He had asked some other guys to come up and watch film with him, but they had other things to do so he was coming up to the football offices by himself to break down film. If you want to see how far he has come, go back and look at the Oklahoma film. That interception he made was something we had practiced, and he read it right.”

*Both Venables and secondary Mike Reed

Mark Fields
Fr. Cornerback
# 5-10, 185
Cornelius, NC
View Full Profile . Reed said Fields has the opportunity to play this season, but it all comes down to learning the playbook. Right now, Cordrea Tankersley

Mackensie Alexander
RS So. Cornerback
#2 5-10, 190
Immokalee, FL
View Full Profile and will get most of the reps with the first team when camp starts.

Danny Pearman
Assist. Head / ST / TE
View Full Profile has a lot of holes to fill on special teams, but he said all the group lacks is experience. He expects Alex Spence

Christian Groomes
RS Fr. Punter / Kicker
#39 5-9, 190
Central, SC
View Full Profile is also in the mix and that Groomes could also be the guy at kickoff. Punter Andy Teasdall

Cannon Smith
RS Fr. Tight End
#84 6-4, 240
Columbia, SC
View Full Profile – and Pearman’s eyes lit up. He said Williams is a rare talent, and that if he sees early on that Williams can contribute the freshman will play.

I asked Pearman to break down the group, and he said Leggett was the best receiver, Seckinger was the most knowledgeable and Cannon Smith was the best blocker. 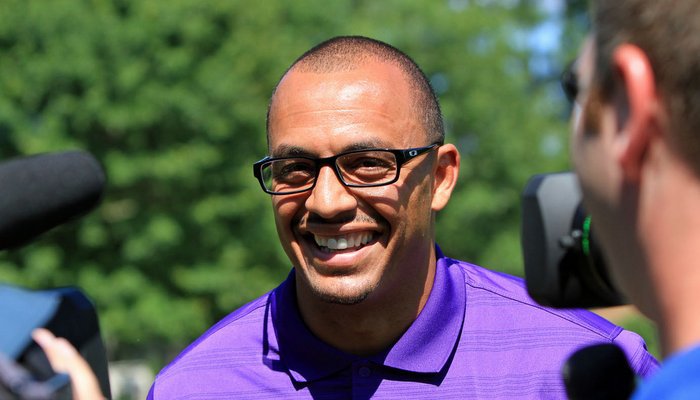 Tony Elliott likes the prospects of the freshmen

Adam Choice
So. Running Back
#26 5-9, 215
Thomasville, GA
View Full Profile might play this season. Choice tore his ACL against Boston College last October, and with depth at the position many have wondered if Choice might be a candidate to redshirt.

“We’re going to look at it from both angles – what’s best for him and what’s best for the program – but it’s really too early to tell,” Elliott said. “We haven’t had a chance to work with him, because they limit our time. Every indication is that he’s healthy and full go. We’re just going to see where he’s at and go from there.”

“If you just look at him physically, you're starting to see his body look how it looked in high school.

“Toys that you can't play with. It's kind of like you know you have some Christmas presents but you can't touch them yet,” he said. “It's been nothing but rave reviews on those guys. They're both competitive. They're the kind of guys that will put in extra work on their own - just them two at night in the indoor by themselves. They're different but they're going to bring something explosive to our offense. They have to learn - they have to learn the system. For them, everything has been kind of fast because they've been thrown in with the varsity guys that have been in the system and none of the coaches are out there to slow it down, so they're still learning.

"I'm excited to see them once we get into fall camp and we turn them loose after they get an understanding of what we're trying to do. I saw Ray-Ray in passing and it looks like he's put on a few pound already. He's looking good and then Deon, he's pretty when he walks by you. We'll start Deon at the position that Mike Williams

Mike Williams
Jr. Wide Receiver
#7 6-4, 210
Vance, SC
View Full Profile plays because he's got that body type to play into the boundary. With Ray-Ray, he's very dynamic and can do a lot of things, but we will start him where Artavis plays and as he becomes comfortable with that then you can expand his role because he has a running back skill set, which was his primary position at his high school. You'll have his options with him.”