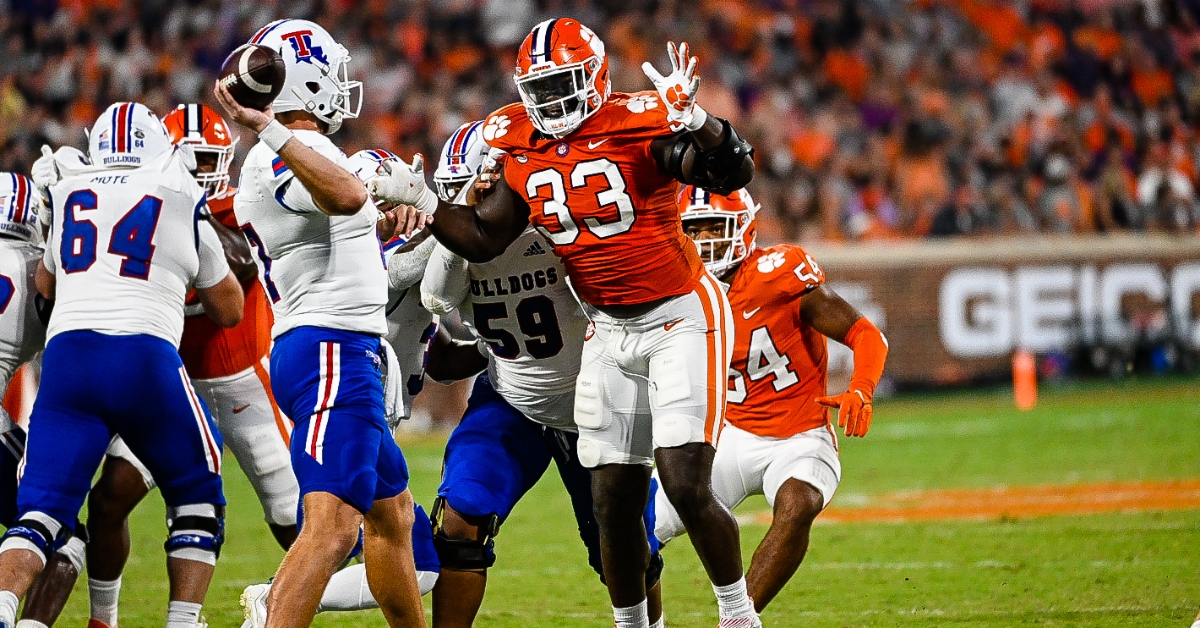 While the first half was much of the same, there was a renewed energy when the Tigers took the field in the second half.

OFFENSIVE PLAYER OF THE GAME: Will Shipley continues to make the offense go. The Charlotte (NC) native carried the ball 12 times for 139 yards and two scores, including a 32-yard touchdown run on Clemson’s first play of the second half.

Shipley became the first Clemson player in records back to 1950 to open a season with multiple rushing touchdowns in each of the season’s first three games.

While Shipley is the offensive player of the game, I would be remiss if I didn’t mention that I thought DJ Uiagalelei continued to improve and had his best game of the season.

The junior signal caller completed 17-of-29 passes for 221 yards and two touchdowns. He also rushed for 62 yards on nine carries.

DEFENSIVE PLAYER OF THE GAME: It was a total team effort for the defense. Ruke Orhorhoro was Clemson’s lone veteran in the middle with Tyler Davis out. Orhorhoro and KJ Henry showed their leadership during Saturday night’s contest.

STAT OF THE GAME: Clemson had 521 yards of total offense. It’s the first time the Tigers had broken the 400-yard mark since November 20, when they played Wake Forest and amassed 542 yards.

*Trotter stops the Bulldogs – The Clemson defense stood tall to start the second half. Tech faced a 3rd-and-20 at their own 15, and quarterback Parker McNeil’s pass was intercepted by Tiger middle linebacker Jeremiah Trotter at the Bulldog 32-yard line.

*Another Clemson interception – After falling behind 20-6 in the third quarter, the Bulldogs drove deep into Clemson territory, reaching the 20, but Malcolm Greene intercepted McNeil at the Clemson seven. Following the return and a penalty for holding, the Tigers took over at their own 21-yard line.

Uiagalelei led Clemson on a 14-play, 90-yard drive that took 6:43 off the clock and was capped with a Phil Mafah touchdown. It was Clemson’s longest scoring drive of the season.

*Uiagalelei answers – Louisiana Tech scored two fourth-quarter touchdowns – a 3-yard rush by Marquis Crosby and 13-yard pass to Tre Harris – to cut Clemson’s lead to 34-20 with 9:30 to play, forcing head coach Dabo Swinney to put his starters on offense back in the game.

Uiagalelei answered with a six-play, 65-yard drive that ended with a 19-yard touchdown throw to Antonio Williams to extend Clemson’s lead to 41-20 with 6:21 to play.

UP NEXT: Clemson travels to 18th-ranked and undefeated Wake Forest for a high noon matchup at Truist Field. The Demon Deacons stopped Liberty’s two-point conversion with seconds left on the clock to preserve a 3-0 start. The game will be televised on ABC.

Louisiana Tech is back on the road against South Alabama.