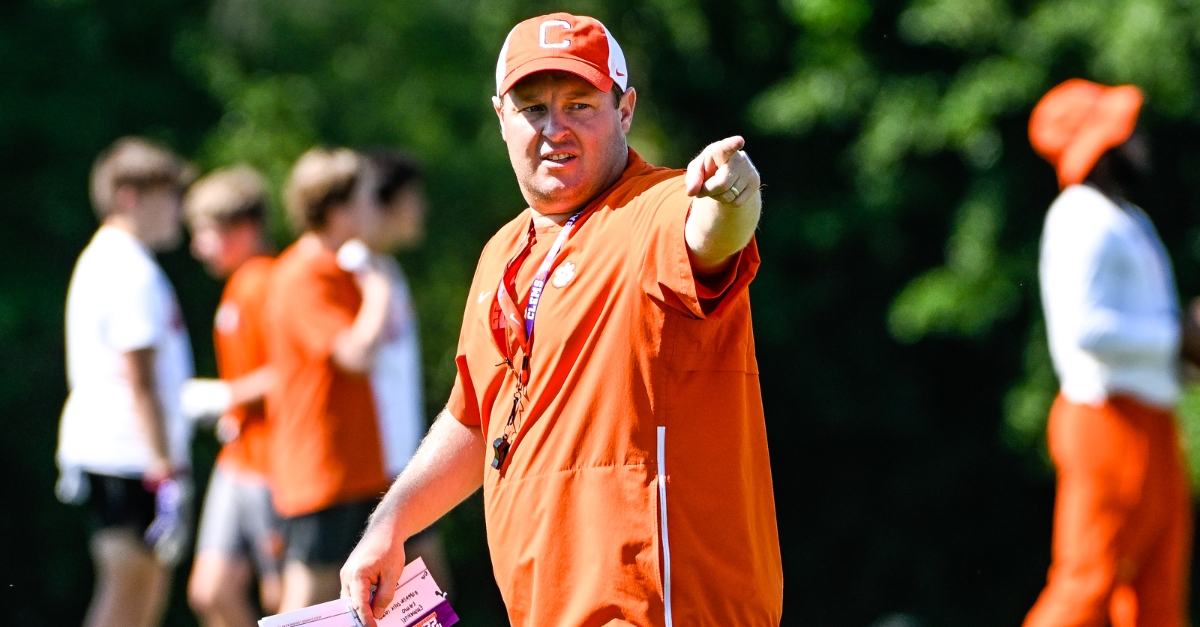 Wes Goodwin is eager to kick off his first full season as Clemson's defensive coordinator.

CLEMSON – Wes Goodwin spent a lot of time at the beach over the summer, including a trip to Hawaii, but it wasn’t long before he was waking up before dawn, forgetting the beach, and looking ahead to his first season as Clemson’s defensive coordinator.

Goodwin was hired by head coach Dabo Swinney after Brent Venables left to become the head coach at Oklahoma. Goodwin, then a defensive analyst for the Tigers, was promoted to linebackers coach and co-defensive coordinator with safeties coach Mickey Conn. The new salary meant a chance to travel with his wife and two little girls, leaving work behind, at least for a little bit.

Venables was known for waiting until the last second to get a playcall to his defense, and Goodwin says he thinks he will get it in a little faster.

“Yeah to me that's a feel thing. Obviously, you got to feel the offense's tempo coming to the line of scrimmage,” he said. “I would rather just get my guys the call so they can get lined up and put them in a base call where they can get their eyes right and play fast and physical and aggressive. That's my mindset."

However, don’t expect the defense to look different. At least not on the surface.

"Schematically, what you guys see from afar, it's going to look the same,” Goodwin said. “Nothing will change from that standpoint. Obviously you want to mold your defense to what your personnel is and strengths are and what you're trying to take away from your opponents each week. I feel like great technique and fundamentals is what separates you as a great defense."

While Clemson’s defense may change just a little, don’t expect Goodwin to change.

“I’m from a small town where you speak to everybody, and ‘Hey, how you doing’ in the grocery store,” Goodwin said. “I love meeting new people and finding out your story, where you’re from, your family and so forth, and so on, and connecting dots.”

He’s had to adjust to being the face of a defense of one of the top programs in the country, and he smiled and said he still feels most comfortable when he’s thinking about football.

“The biggest adjustment has been just dealing with all the media and outside forces,” he said. “I feel most comfortable when I’m up in the room, teaching our defense, or out on the practice field.”