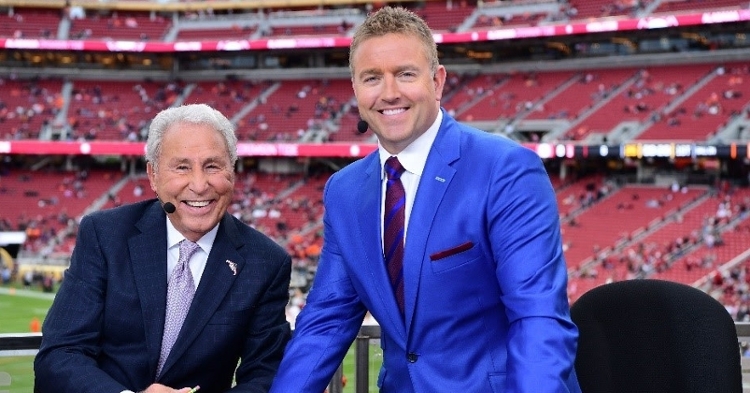 The book is out on the Clemson offense, according to ESPN college football analyst Kirk Herbstreit.

The Clemson offense has struggled during the early part of the season. Clemson is 111th nationally in explosive or chunk plays (plays that cover 10 or more yards). The Tigers have 32 plays that fit that criterion. In contrast, Ole Miss has 78 of those plays, while ACC schools like Virginia (67) and UNC (60), and Pitt (57) are all making their share. Clemson has just eight plays that cover 20 or more yards (118th), four that cover 30 or more yards, and just one of 40-plus yards (44 yards to Joseph Ngata against Georgia).

Clemson’s offense is an uncharacteristic 105th nationally in scoring offense, even with a 49-point outing against SC State, averaging just 22 points per game. The rushing offense is 93rd, and the passing offense is 101st. Swinney believes those numbers will improve once the Tigers stop turning the ball over.

“I think Georgia Tech, they just said listen, we don’t want these big, tall receivers to get behind us,” Herbstreit said. “We’re just going to kind of play real soft in coverage and let them run the ball. And quarterback run’s not been a big thing for them, so let’s just take our chances and see what’ll happen against Will Shipley. And if DJ (Uiagalelei) is going to run, let’s be ready to defend that, but we’re not going to give up any explosives.”

And if Clemson’s offensive line isn’t good enough to make teams pay for playing that type of defense?

“If you’re defending Clemson, that’s what you’re going to do right now. And if they don’t have the offensive line and the running game to make people pay for that, then they’re going to have some tough games because that’s going to become the book on them,” Herbstreit said. “Nobody wants to let Justyn Ross or Ngata, those talented receivers, beat you. And Georgia Tech, give them a lot of credit.”

Herbstreit also echoed the sentiments of many Clemson fans – the defense is good enough to win a championship but the offense lacks any type of identity.

“Clemson’s defense has been outstanding. Championship caliber,” Herbstreit said. “But the offense without obviously Trevor Lawrence, Travis Etienne and company, they’re still trying to kind of find their new identity. Because right now, they don’t have an identity, and until they get one, it’s going to make things tougher on that side of the ball.”