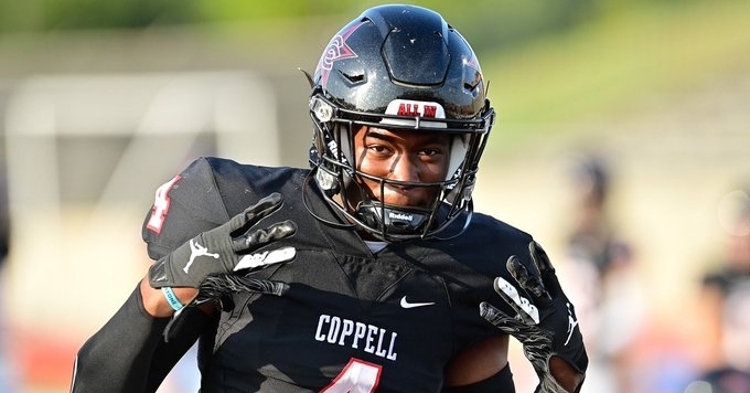 Braxton Myers will be on campus this weekend.

Mention a position of need in Clemson’s 2023 recruiting class and defensive line is the first spot that comes to mind. A big step in filling that need happens this weekend when the Clemson coaching staff hosts Elite Junior Day.

Clemson signed just three defensive linemen (two ends, one tackle) in 2021 and will likely wind up with just two for the 2022 recruiting cycle (one defensive tackle and one defensive end). Considering that following the end of the 2022 season, the Tigers potentially might lose players such as Bryan Bresee, Tyler Davis, Xavier Thomas, Myles Murphy, Justin Mascoll, KJ Henry, and Ruke Orhorhoro, and the onus is on the coaches to refill those ranks.

Six big-time defensive line talents, including two 5-stars, will be on hand for the festivities.

Last month Woods put out a top six that included Alabama, Auburn, Clemson, Florida, Georgia, and Oregon. Woods, who checked in just over 6-foot-3, 268 pounds, is ranked the No. 4 defensive lineman and the No. 23 overall player in the country, per the 247Sports Composite Rankings. Many consider Woods an Alabama lean, but he’s made multiple trips to Clemson and the Tigers are definitely a contender.

Some other big names to watch include just one offensive lineman – Sam Pendleton of Pfafftown (NC) Reagan. The Clemson coaches checked in at Reagan earlier this week, and new offensive line coach Thomas Austin is building a relationship with Pendleton. The coaches at Reagan tell me that the Tigers are definitely in the mix.

Four-star defensive back Braxton Myers of Coppell (TX) headlines a couple of big-time defensive backs. The coaches stopped in at Myers’ school earlier this week, even though Myers wasn’t there, and the son of former NFL and Alabama player Michael Myers. Myers concluded the 2021 season with 40 tackles, five tackles for loss, 11 pass breakups, one forced fumble, and three interceptions.

Myers earned a Clemson offer last week and said it was the one offer he really wanted, and that he couldn’t wait to make it to campus this weekend. He said he plans to release a list of top schools afterward, cut that list down in a couple months and then is aiming for a summer commitment.

What would it take for Clemson to make sure it has a spot in that first list?

“Just the relationship with Coach (Mike) Reed that I've already built from previous years,” Myers said. “I think they already are in my top ten. Just being able to see all the coaches again. Just be cool. And see other recruits there. Just have a good time.”

Four-star cornerback Avieon Terrell of Atlanta (GA) Westlake will also be on hand. The younger brother of former Tiger AJ Terrell, Avieon is no stranger to TigerTown and was Clemson's first offer to a 2023 prospect.

It’s also notable that 4-star quarterback Christopher Vizzina of Birmingham (AL) Briarwood Christian will be on hand. Vizzina is the no-doubt top quarterback target for the Tigers in 2023, and the Tigers will look to cement their status as a favorite with a good weekend.

We will have more and updated list as we glean more info.