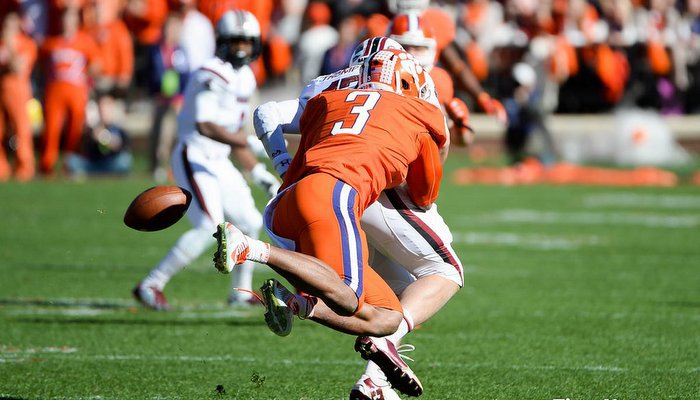 No one knows the Clemson vs. South Carolina rivalry better than the football players who have taken snaps in the heated series, and with that in mind TigerNet reached out to former Clemson players, current recruits and even one head coach to get their take on this weekend’s game.

Clemson and South Carolina kick it off for the 113th time in the rivalry Saturday at noon in Williams-Brice Stadium, with Clemson favored by 17 ½ points.

We’ll start with the recruits and then go to the former players.

*Xavier Kelly, 2016 defensive end commit, Wichita (KS) East – “I predict Clemson winning 38-3. Watson is on fire and the defense will be too much for the Gamecocks!”

*Reggie Merriweather - "I think a good score would be 55- 14 (Clemson). I think their offense will score, but it'll get ugly later on in the game."

*David Beasley – “I predict Clemson to win 63 to maybe 17. If they (South Carolina) can even read that.”

*Chris Chancellor –“I’m thinking Carolina will try to play this last game like no other. Trick plays, going for it on fourth down. Onside kicks and etc. Clemson will have to expect the unexpected. Carolina will play dirty being they have nothing to play for and Clemson has so much season left. If we stop Carolina top WR we will beat them pretty bad because they have no other weapons. On offense we must protect the ball because I'm pretty sure they are going to blitz and blitz and more blitz. I'm thinking Clemson will hit Carolina in the mouth early to silence the crowd who will try to affect the game. Final score 42-17 Clemson.”

*Sammy Watkins – “Clemson is going to kill them, of course.”

*Quandon Christian – “Tigers come out firing on all cylinders and defense is very strong…38-10 Clemson wins.”