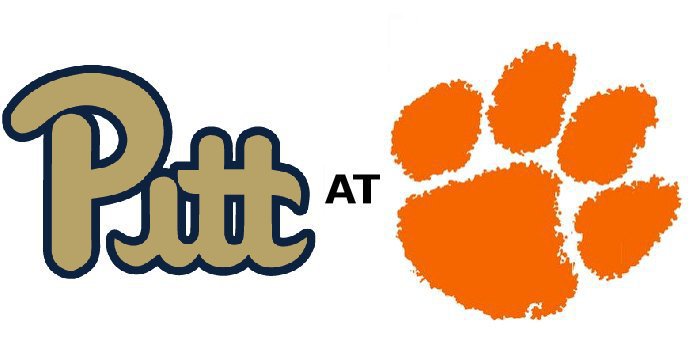 It’s an orange britches kind of game, and it’s Senior Day. How much better can it get?

Saturday will also be a day when the Tigers honor the senior class and several juniors (at least on the football roster) who will graduate early and leave for the NFL.

*Pitt and Clemson meet for the first time in nearly 40 years when the Panthers visit Death Valley this Saturday. The schools have played only one time, and never during the regular season. The lone meeting occurred in the 1977 Gator Bowl, a 34-3 Pitt win.

*Ranked No. 2 in the coaches poll and No. 3 by Associated Press, Clemson will be the highest rated opponent Pitt has faced in nine years. On Dec. 1, 2007, the Panthers visited West Virginia, ranked No. 1 by the coaches and No. 2 by AP. Pitt shocked the Mountaineers, 13-9, knocking them from the national title picture.

*With a 5-4 record and three games remaining, the Panthers need one win to achieve bowl eligibility. Pitt has advanced to the postseason each of the past eight years. From 2000-15, the Panthers earned a bowl berth in 13 out of 16 seasons.

WHEN PITT HAS THE BALL

Junior running back James Conner has 47 career rushing touchdowns, just two shy of the 38-year-old ACC record held by NC State's Ted Brown (49 from 1975-78). Connor is the driving force of an offense that has been putting up solid numbers this season - over its last eight contests, Pitt has scored a combined 305 points, an average of 38.1 points per game. It is the Panthers' highest point total over an eight-game stretch in 39 years.

Conner leads Pitt’s rushing attack – he leads the Panthers in rushing (712 yards on 155 carries) and scoring (80 points). His 13 total TDs rank 13th nationally and second among ACC players, and the Panthers feature one of the most potent rushing attacks in the ACC and nationally. Pitt is averaging 220.4 rushing yards per game to rank third in the ACC and 30th in the nation. Senior quarterback Nathan Peterman won’t wow you, but he ranks among the country's most efficient passers. Peterman owns an efficiency rating of 148.79, which ranks 26th nationally and fifth in the ACC. He has thrown for 1,806 yards on 130-of-215 passing (60.5%) with 14 touchdowns and only four interceptions. He’s also gotten good protection from his offensive line – they’ve surrendered just six sacks on the season. The Panthers lead the ACC and rank second nationally in sacks allowed per game with an average of 0.67. The only teams to register sacks against Pitt this year are Oklahoma State (two), Georgia Tech (one), Miami (one), Virginia (one) and Villanova (one).

Clemson’s defensive game plan – from a sky-high view – is simple. Stop the run and force Peterman to beat you through the air. The question is can Clemson get ample pressure on Peterman while stopping the run game? That’s where the big bodies in the middle come into play – Dexter Lawrence and Carlos Watkins and Scott Pagano – plugging the middle, but Pitt has had success running to the outside and Clemson has struggled with counters and stretch plays. Who wins the battle? The one that wins the battle in the trenches. ADVANTAGE: SLIGHT TO CLEMSON

Clemson junior running back Wayne Gallman has a chance to set a school record and eclipse a major milestone this week. The native of Grayson, Georgia enters the Pittsburgh game with 2,930 career rushing yards and needs just 70 to become the sixth player in Clemson history to reach 3,000 yards in a career. He also needs just one 100-yard rushing game to establish the Clemson career mark for career 100-yard games. He has 15, the same amount Raymond Priester had for the Tigers between 1994-97.

Clemson’s offense is on a roll – they had the three longest scoring drives of the season last week on consecutive scoring drives in the second quarter. That doesn’t bode well for a Pitt secondary that is shaky – they rank 126th nationally (out of 128 teams) in pass defense, giving up 317 yards per game through the air. Clemson will win that matchup through the air as Deshaun Watson and company pick the Panthers apart. ADVANTAGE: CLEMSON

Quadree Henderson leads the nation with a school-record three kickoff return touchdowns this year and has four over his last 10 games. For his career, Henderson has six kickoff returns that have gone for more than 80 yards. He’s dangerous, and Clemson had a few issues in the return game last week but have been solid all season. Senior placekicker Chris Blewitt this season became Pitt's all-time career kick scoring leader and all-time leader in field goals. He’s 8-of-13 this season, and has just 23 touchbacks in 59 kickoffs. Punter Ryan Winslow is another solid guy – he’s averaging 42.82 yards per punt this season. Clemson’s Greg Huegel is 13-of-16 on field goals, and he’s made 37-of-39 extra points. Clemson’s return game has been stuck in slow motion the last few weeks, kickoff coverage was spotty last week and punter Andy Teasdall is averaging just over 37 yards per kick in October and November. ADVANTAGE: SLIGHT TO PITT.

Pitt can run the football, and they use a lot of motion and misdirection to get their runners in open space. They’ll hit on some big plays in the running game, but I don’t think they’ll do enough to open the passing lanes for Peterman. Clemson, meanwhile, will run it effectively while Watson and the receivers have a field day with Pitt’s man coverage. IF Watson is accurate that is. Against Auburn earlier this season, Watson wasn’t quite as accurate with the man-to-man matchups and the Clemson offense stalled. He’s gotten better, but needs to have a big day against the Panthers. He will.