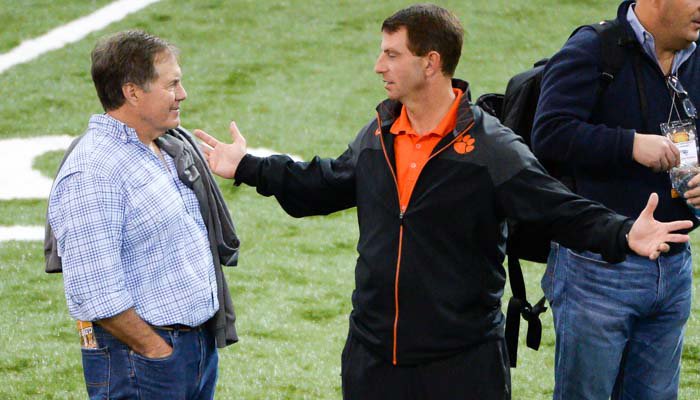 CLEMSON – For a few hours Thursday morning Clemson University was the mecca of the NFL world.

Add in several former Clemson players who now call the league home and it was a veritable Who’s Who of the NFL in Clemson, and head coach Dabo Swinney

Dabo Swinney
Head Coach
View Full Profile said that having so many NFL dignitaries attend the Tigers’ Pro Day is a sign that his program is headed in the right direction.

“This is the biggest senior class I've had,” Swinney told the media. “I think since I've been the head coach we're seventh or eighth in the country in draft picks. With that, they know you have good players and then the success that our guys have had at the next level - I've had 55 guys since I've been the head coach get either drafted or signed as a free agent and 44 of them made the roster, so our guys are sticking in the league. One of the main reasons is the culture they're coming from - 118 seniors and 109 of them got their degree. There is a culture here. I'd like to think that we're preparing great men and when they get one from Clemson, they're getting more than just a football player. It's good to have all of these people here and hopefully we can keep winning and keep recruiting well and if we do that they'll keep coming." 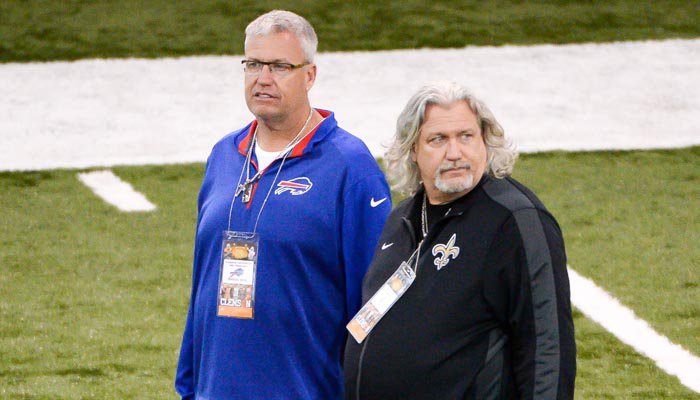 “They are really well coached by Venables - one of the top coaches in the country - so you know what you're getting there,” Ryan told TigerNet. “You meet with the players individually to find out more about them. It's a great opportunity to do that and that's why you come to Clemson Pro Day, and because of how well-run of a program as they have here.”

Ryan added that Clemson is only going to get better.

“They do a great job of recruiting. It's fun to watch this program really grow,” he said. “It has taken off to new heights and it's really special.”

Dabo on Belichick being in attendance

“We got a chance to swap a lot of stories. We've got a few commonalities in past relationships and friends. It was pretty neat. I've always admired him for what he's been able to accomplish and the way he goes about his business and the way he runs the program. The guys there, they get what they earn and that's kind of how we do things here. Regardless of how high they were drafted or whatever there or highly they were recruited here. I appreciate him coming and looking at our guys. Hopefully, we'll get somebody up there with the Patriots.”

“It's amazing seeing household names and big time guys coming to little old Clemson to check us out. There isn’t much here but we play some football. This is definitely amazing and it's great to meet those guys and get to experience their different personalities.”

“I've got high respect for all of those guys and I'm very honored to be in the presence of those great coaches. I just had to come out here and show that I'm able to be a part of their team.”

“It's a blessing any time I can do this because so many people don't ever get this opportunity. I wouldn't say I was as nervous as I was at the combine when all of them were there, but the combine really got my nerves ready for this. It's a blessing performing in front of guys like that.”

“Clemson produces great players and every NFL team wants great players on their team. It shows that we have great players here at Clemson to have head coaches come out to see for themselves what kind of players we have here. It speaks a lot to what Coach Swinney and the other coaches do in recruiting and their teaching techniques of how they teach the game.”

“It says that the program is on the rise. Our guys in the league do a great job of representing us and representing the program. You always hear scouts talk about how well our guys are doing in the league and how good of teammates they are. We're prepared by all of the things we get here and the things were exposed to and all of the little meetings we have - the social media seminar, talking about next level pro days, the etiquette classes - you drag yourself to them but they pay off in the long run.”