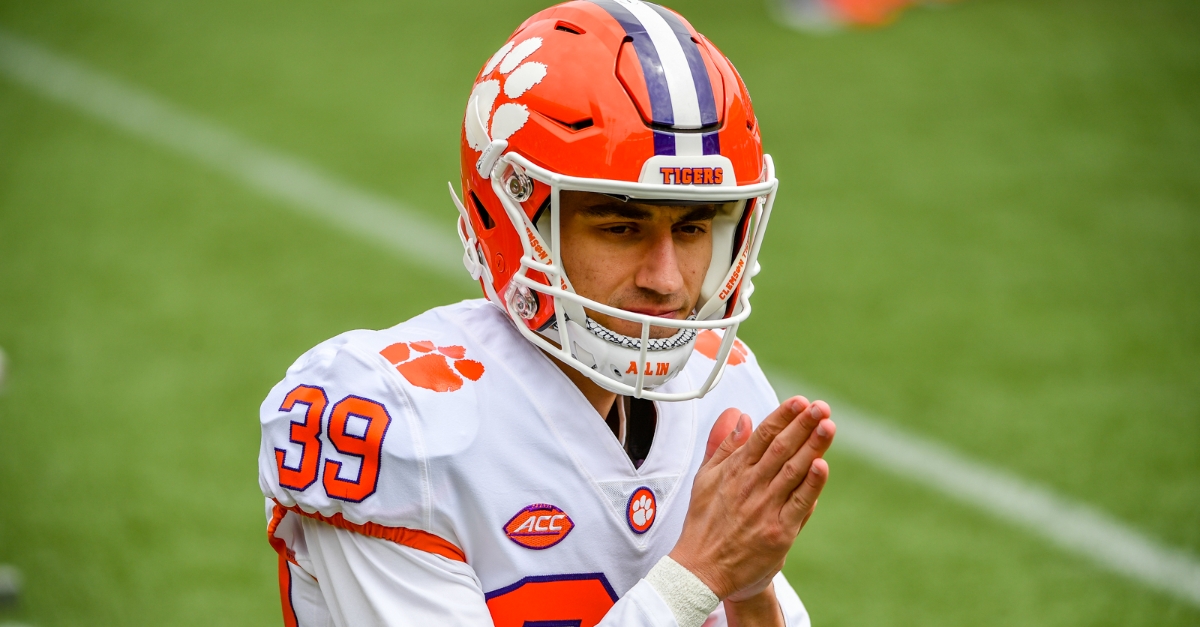 CLEMSON - Junior Clemson punter Aidan Swanson has grown up his entire life as a Clemson fan. Now, he is a starter on the football team.

“Growing up, I was a Clemson fan. My mom went here and her sister as well,” Swanson said. He explained that the three main colleges who tried to recruit him were Clemson, Nebraska, and University of Central Florida. While UCF was close to home, he knew that he had family near Clemson as well. It was quite the experience for him to come to Clemson.

“The first day I got here in the spring of 2019, I’m back there getting ready for punt reps and I’m shaking,” said Swanson. “You see a lot of kids coming into college and they get big-eyed and all that. I had those three years behind Will (Spiers) and he showed me how to handle (myself) on and off the field.”

Clemson had some competition at the punter position this season, with Swanson, Jack Smith, and B.T. Potter all competing for the job. Smith is a freshman while Potter is the current placekicker for the Tigers. However, Swanson won the job as the starter. The competition was a great motivator for him and he really enjoyed it, saying, “It’s been great competition between Jack and B.T.”

There are certainly adjustments that need to be made all around for Clemson due to their inconsistency from their game against Georgia Tech to their home-opener against Furman. The same applies to Swanson.

Going against Louisiana Tech at home, the return game does not seem to be much of a concern. In Louisiana Tech’s first game of the season, they only had one punt return while in their second game, they had four punt returns for a total of 17 yards. So, this game should offer Swanson with a chance to be more consistent with his performance overall.