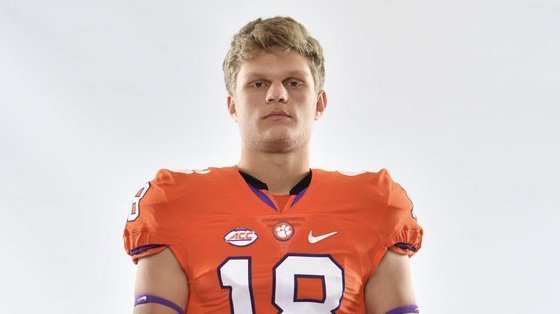 A dream offer for Jackson Lowe may net Clemson some very good news in the near future.

The 3-star Cartersville (GA) tight end and 2019 prospect attended Clemson’s junior day Saturday and received news that the tight ends coach Danny Pearman and the Tigers had officially offered him.

I got to spend equal amounts of time with Coach (Brandon) Streeter and Coach Pearman,” Lowe told TigerNet Saturday evening. “They just told me that I was one of their top guys and that they wanted me. Coach Pearman made the offer. We were out in the football facility and he came up to me and was like, 'Hey, I know we're heading to the basketball game, but I just want you to know that you have an offer from Clemson.'”

After several trips to Clemson, the offer is one Lowe has been waiting on.

“It was great. They've always shown interested,” Lowe said. “They've always said that I was one of their top guys. Going to the junior day, I didn't know if they were going to offer me, so it was kind of cool when he said that.”

The 6-5, 230-pounder was able to spend some time with former Cartersville teammate and Clemson quarterback Trevor Lawrence.

“I spent some time with him Friday night. He was pumped when I got the offer. We were talking about if I go there and stuff,” he said. “It would be fun to play with him again. We had some great time this past season.”

However, after the Clemson visit, one team stands above the rest and it may not be long before Lowe makes a decision.

“It was a great time. It felt like home. When Coach Swinney was talking to us about Clemson, it really sounded like somewhere I'd want to go,” he said. “I would have to say that Clemson is at the top and maybe here soon they'll be getting some good news.”