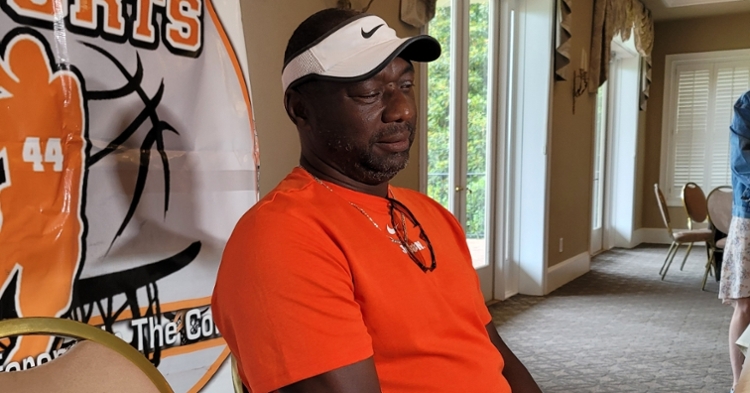 Homer Jordan still makes his home in Georgia and he loves his family and friends who pull for the Georgia Bulldogs. But the Clemson great also doesn’t mind letting those Bulldogs know that his Tigers have three National Championships – one with one Homer Jordan at quarterback – while the Bulldogs have just one.

Jordan attended Clemson from 1979 to 1982 and was a pioneer of dual-threat quarterbacks, with his ability to both pass and run. With Jordan as the starting quarterback in 1980, Clemson finished 6–5. The Tigers started the 1981 season unranked but ran the table and finished the regular season with an 11–0 record and a No. 1 national ranking. Clemson won the National Championship by defeating the No. 4 ranked Nebraska Cornhuskers 22–15 in the 1982 Orange Bowl on January 1, 1982.

Jordan was named Orange Bowl Most Valuable Player, completing 11 of 22 passes and a touchdown. Jordan was an All-ACC selection that year, leading the ACC in passing efficiency. The National Championship came a year after the Bulldogs won a title of their own.

Jordan doesn’t mind letting any and all Georgia fans know the Tigers have won three titles since then, and they’ve done it with three quarterbacks who all grew up within a couple of hours of Athens.

“I let them know it. I let them know what we have three National Championships with three Georgia boys. That is their fault,” Jordan told TigerNet Monday at the Brian Mance benefit golf tournament. “I let them know that we have three compared to their one (since 1980) and it's been a long time since their one. Sometimes during the season I will wear my Clemson gear, just to get the conversation started. I tell them, do you need me to remove that tag off your car or that sticker off your shirt? There is dirt everywhere on your shirt right there. I pick on them a lot.”

The run to Clemson’s National Championship included a 13-3 win over Georgia in the third game of the season, a game Jordan says gave him the confidence that the season could be special.

Jordan hasn’t been shy in letting his Bulldog friends know what they can expect when the teams open the season Sept. 4th in Charlotte.

“Clemson needs to win because I've been running my mouth a whole lot. I may have to move,” Jordan said. “It's all about Georgia down there and I have to poke at them a little bit and let them know we are playing the YMCA in that first game.

“I wish they played every year. The first game. That would get the season and the juices going and everybody would be excited about it. Not later in the season when you might be 0-5 and the game doesn't mean so much. But that kickoff sets the tone for the entire year.”