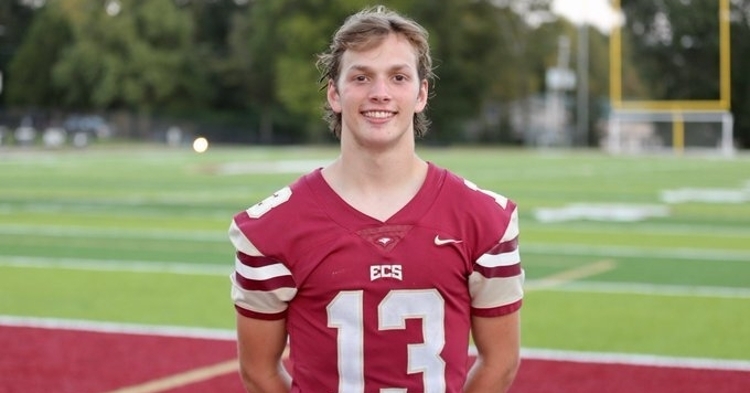 Nearn will be on campus in June.

The Clemson football program has added depth on the defense with the addition of a player out of Tennessee.

Peter Nearn is a LB/S prospect out of Cordova (TN) Evangelical Christian who was a high school teammate of 2021 Clemson commit Dietrick Pennington. The journey to Clemson started a few years ago at Dabo Swinney’s high school camp and a relationship with Thad Turnipseed, the Director of Football Recruiting and External Affairs.

“My family kind of knows him a little bit, so just when I was kind of starting the recruiting process, I went up to Clemson camp just to kind of see what I thought about the program and just to kind of get his input on what level of football I should go try to play,” Nearn told TigerNet. “And that was right before junior season. And then I played my junior year, and I got some FCS offers. So still D1, just not as big, obviously, and a few other small D1s, and then a couple of D3 and NAIA offers, but kind of took a step back and looked at it. And they're all non-scholarship so I kind of thought, if I'm going to pay to go to school and play football, I'd much rather be a part of a big program.”

Nearn then reached back out to Turnipseed.

“So I started reaching out to Coach Turnipseed and some other coaches up there just through email and just writing letters and stuff like that,” Nearn said. “And in about January, they told me I could have a preferred walk-on spot, but not until next year because of returning seniors in roster spots. And then the NCAA has allowed them a few more roster spots for this year. So, I was added to this year's roster as a preferred walk-on.”

Nearn will be on campus in June and hopes to room with Pennington. Once he arrives on campus, he thinks he has a lot to add to the program.

“I think my hard work and football IQ are two of my biggest qualities,” Nearn said. “I'll try to help out with that, whether it's with my own playing or just helping out other players. I mean, I'm just really excited to get down there and work hard and just find my role on the team. I have consistency in being in the right place at the right time. I really think I do a lot to film study and just understanding the game.”

Nearn said he knew from his first visit that Clemson is special.

“I thought it was awesome. Obviously, it's one of the best programs in the nation,” Nearn said. “So, I mean, I was really blown away, and especially kind of when I started to realize, I could be a part of this. I got really excited about it.”