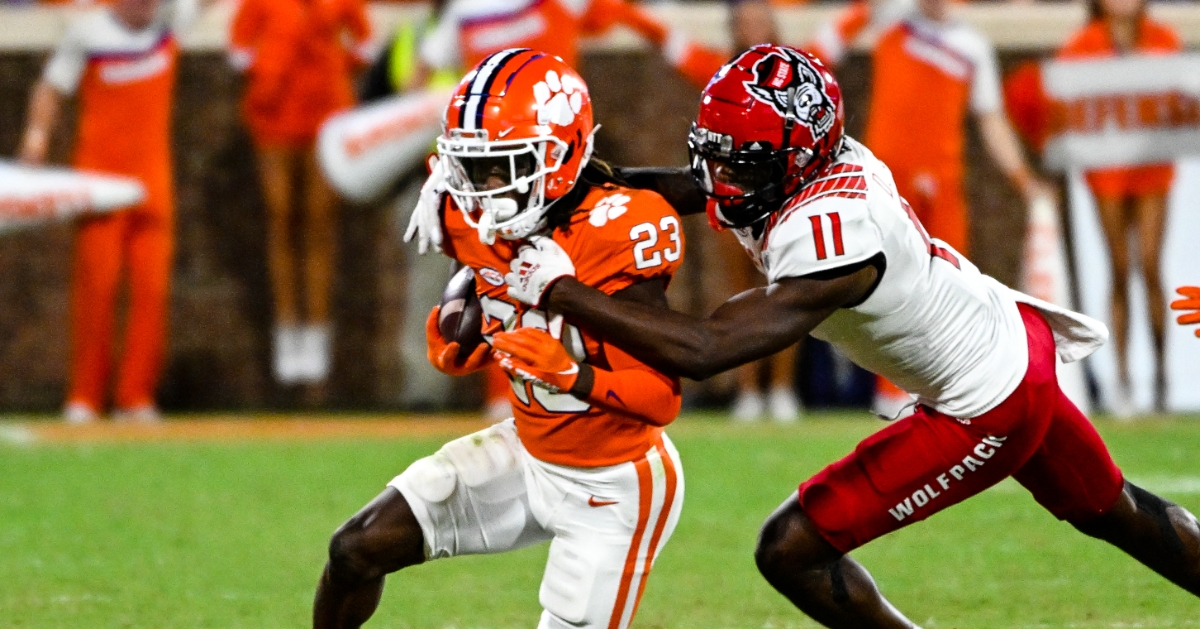 Clemson’s secondary is talented and should have experienced, workable depth this season. They just have to stay healthy. There is also another wave of talent on the way.

I sat with two NFL scouts at the Orange Bowl who gave a lot of credit to defensive coordinator Wes Goodwin on the play of his defense last season. When I asked about the lower numbers, both pointed out that the defensive line played well and the linebackers played well – Clemson finished second nationally with 111 tackles for loss and fourth nationally in sacks with 44 – but it was the secondary that caused many of the defensive issues.

But it was a secondary that also struggled with injuries – Sheridan Jones missed three games in the middle of the season and then the Orange Bowl; Malcolm Greene played in just seven games; Fred Davis played in just seven games; and others missed games here and there with nagging injuries. With Greene and Jones both out and Nate Wiggins nursing a sore hamstring, the secondary was torched at Wake Forest.

The good news is that players like Toriano Pride and Jeadyn Lukus gained valuable experience last season and help is on the way.

Let’s take a look at what the corners should look like this spring.

Jones is the old man of the group, and he decided to return to Clemson for another season rather than test the NFL draft waters. He enters 2023 credited with 83 tackles (3.0 for loss), nine pass breakups, two interceptions and a fumble recovery in 1,376 defensive snaps over 48 games (21 starts).

Wiggins put together a solid season in 2022, and he earned First-Team All-ACC honors. He should be one of the best corners in the league again and enters 2023 with 25 tackles (2.0 for loss), 15 pass breakups, a blocked field goal and an interception (returned an ACC Championship Game-record 98 yards) in 897 career snaps over 24 games (11 starts).

If Greene can stay healthy, he’s a force, and he’s manned the nickel spot more often than not for the defense. He enters 2023 credited with 40 tackles (4.5 for loss), four pass breakups, 1.5 sacks, two interceptions and a force fumble in 473 snaps in 29 games (five starts).

Pride earned his stripes last season – the freshman was out on an island against experienced quarterbacks and wide receivers – and held his own. He enters 2023 following his freshman campaign in which he collected 23 tackles (one for loss), four pass breakups, a sack, an interception and a safety in 333 defensive snaps over 14 games (two starts).

Lukus got off to a slow start but enters 2023 having recorded six tackles, a tackle for loss and an ACC Championship Game interception in 87 defensive snaps over 11 games as a freshman. He is athletic enough to make a major push for playing time. He just has to put it all together.

Myles Oliver missed almost all of last season but did play in the Orange Bowl. He earned a 6A all-state selection in Georgia following a senior season in 2021 in which he posted 75 tackles with five interceptions.

Shelton Lewis is a mid-year enrollee who will be on hand this spring. Lewis was the Georgia Region 8-4A Athlete of the Year selection by the Atlanta-Journal Constitution. He recorded 56 tackles, three interceptions and 12 passes deflected across the 2021-22 seasons. As a senior, he recorded 25 tackles, three interceptions and seven total passes defensed.