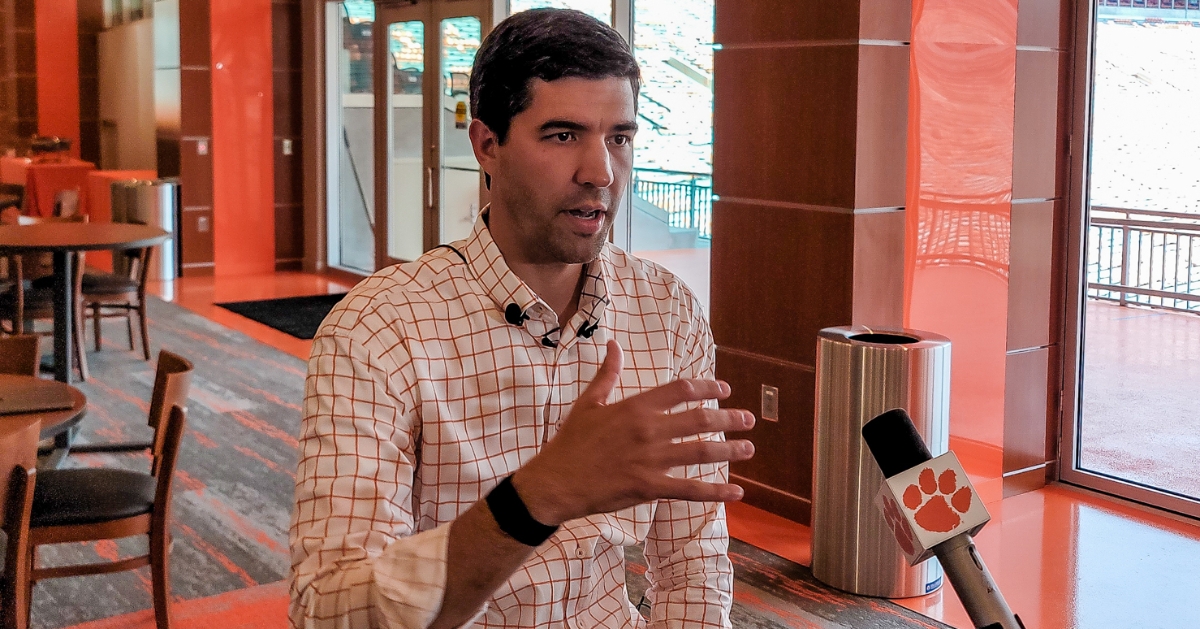 CLEMSON – Clemson athletic director Graham Neff likes the idea of expansion of the College Football Playoff, and part of that excitement is the thought of hosting a playoff game in Death Valley.

The College Football Playoff's board of managers unanimously voted two weeks ago to expand the CFP to 12 teams in 2026 but is encouraging the sport's commissioners to try to implement it as soon as 2024.

The rankings of the teams will continue to be determined by the CFP selection committee, which will remain largely unchanged.

“It’s not necessarily guaranteed for the ACC, but one would think the ACC champion will be well positioned,” Neff said during a meeting with the media last week.

In the proposal approved, the four highest-ranked conference champions will be seeded one through four with each receiving a first-round bye. Teams seeded five through 12 will play each other in the first round on either the second or third weekend of December. The quarterfinals and semifinals will be played in bowl games on a rotating basis, and the championship game will be at a neutral site, as under the current four-team format.

The reward for the top four teams is, of course, the chance to rest at the end of a grueling season. But if you’re not in the top four, earning a seed of 5-to-8 earns that team an extra home game. At Clemson, where many businesses earn nearly half of their revenue during college football home weekends, that would mean an economic boost.

“One of things I’m most excited about is the opportunity that it could have for the Valley,” Neff said while looking out at the new renovations put in the place for the 2022 season. “To have a game out here, if we’re in the 5-12 range potentially and what that could mean for our fan base, season-ticket base, community and the economic impact, that’s a new thing that gets us all really excited, particularly here in Clemson.”

The downside is what those extra games will mean for players who are not only going to class and handling a scholastic workload but also are dealing with the injuries accrued over a grueling season.

“We think about player safety, additional games and how we can enact more benefits to the student-athletes, so absolutely that’s going to be where the rubber is going to meet the road on how is this going to work?” Neff said. “We’re very mindful of that, and we’ve had a lot of discussions here on campus with Coach Swinney, President Clements and certainly through the league. But we’re excited about where this could go.”