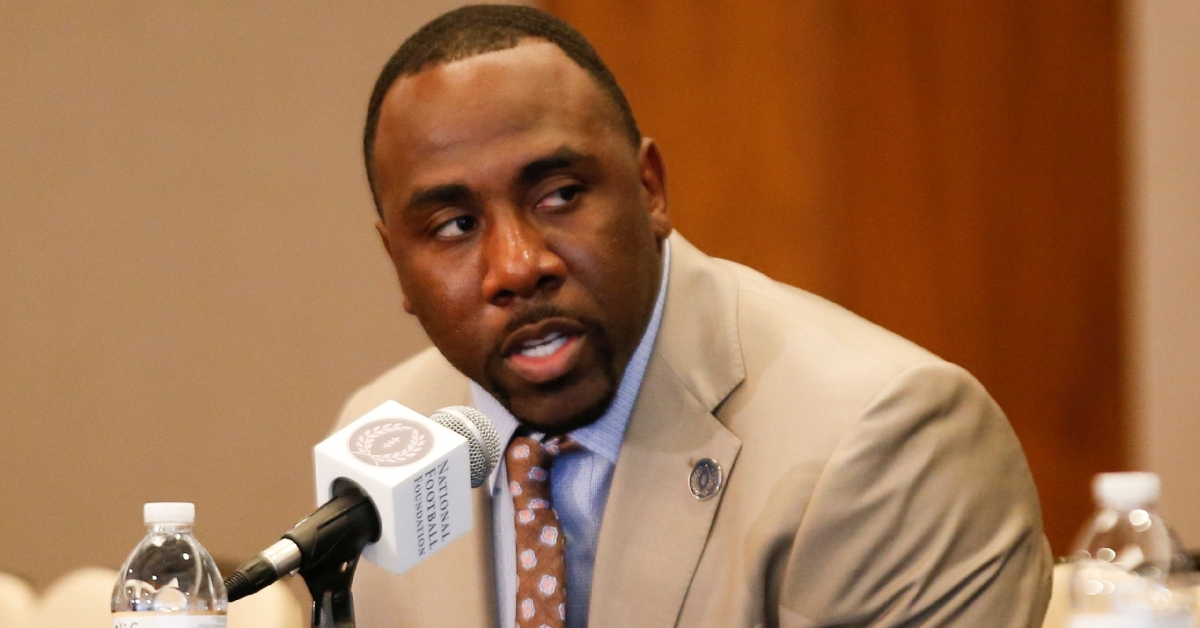 CJ Spiller wrote down a list of goals when he was younger, and one of the tops on that list was to be known as one of the best at whatever he chose to do in life. Spiller made those goals come true Tuesday night when he was inducted into the National Football Foundation (NFF) & College Hall of Fame.

Spiller called it the pinnacle of his playing career.

“I think this is the pinnacle of everything that I set out to do when I started playing the game of football,” Spiller said before the event. “This will be right at the top because when I was young, I wrote down all of my goals and what I wanted to accomplish as a player going from high school to college and to the pros, and one of things I always wrote down was that I wanted to be known as one of the best at each stop along the way. And to be considered one of the best at Clemson means a lot not only to me, but my family, my teammates, my coaches, and my university.”

Spiller was named a unanimous first-team All-American in 2009, and he was named ACC MVP and finished sixth in the Heisman Trophy voting. That year, he became the first ACC player with 1,000 rushing yards and 500 receiving yards in one season.

He finished his career with 7,588 all-purpose yards, still the ACC record by nearly 700 yards over second-place Travis Etienne and still among the top-five figures in NCAA history.

Spiller called the induction an honor.

"So many guys go play the sport, so many great coaches," Spiller said. “Still so many great players that deserve to be in, so going in, it truly is an honor for me. For our university, for our fans and my family, for my supporters that have been with me since day one. So, it's gonna be a remarkable night. Looking forward to it amongst family and friends."

Spiller said he never bowed to the pressure of being a 5-star recruit or the expectations placed upon his shoulders – he simply wanted to get better each and every day.

"You're always anxious because you come in as a highly recruited guy, people want to know that you can do it on this level. The main thing for me was just going out there just being myself. It was my first time being away from home in a long time,” Spiller said. “So, all those emotions was piling in, but once I stepped on the practice field, I mean to me is it's all about football.

"All the outside stuff, that stuff don't even faze me. I don't even worry about that stuff. My focus was on how can I get better. How can I get better as a player. How can I help my team win. But at first, it was all about gaining the respect of your teammates, because that's what you have to do as a freshman. They don't care if you was a one-star or five-star. It's all about gaining their respect and I had the right perspective on that."

Spiller has his late grandmother to thank for many of the greatest moments in his life.

"She was my biggest fan. She was the one who got me started with football," Spiller said. “My mom worked at a nursing home, so her hours were weird, and she wasn't able to make a lot of those eight o'clock games, so my grandmother took me. We'd meet up at Hardee's, and we had the carpool. She'd be there in her lawn chair or in the stands. She was my biggest fan and my biggest critic.

“She'd let me know right after the game what I did wrong from a body language standpoint, from a playing standpoint, the way I controlled my tongue. I'm not a huge talker, but on the football field, I'm probably the biggest trash talker. She always used to give me pointers of what I can and can't do. I wish she was here physically to share this moment with me, but I know she'll be smiling down happy and just proud."

Without his grandmother's advice constantly running through his head, Spiller may have never completed his career at Clemson as he contemplated transferring or moving on to the NFL after his junior year.

"I always tell people, those were emotional times for me," Spiller said. "A piece of advice that I always was given is you never want to make an emotional decision. Some of those times I was going through, I was about to make an emotional decision. After I had the opportunity to really sit down and come down off of that cloud nine and really focus on what I was getting ready to do, it made sense for me to stay at Clemson. On signing day of 2006, I made a commitment. I didn't put Clemson on a yearly type of deal; it was a lifetime commitment. When I sat down and really realized that, it made the decision a lot easier. When you're talking about having the opportunity to play in the NFL or play in school, you're talking about a dream, a life-changing event for yourself and your family.

"The biggest thing for me was having conversations with my grandmother when she was a custodian and going to help her in the high school. She always used to tell me that education was the most important thing I could have in my life. Once I had that six-hour ride with the radio off back up to Clemson, those conversations started creeping back up in my head. On the way back, I knew I was coming back to Clemson because of those conversations that I had. She always stressed the importance of education, and I was on the doorsteps of education. I had a younger sister that I wanted to be an example for. It doesn't matter how great of an athlete you are; if you don't have your education, it means nothing."