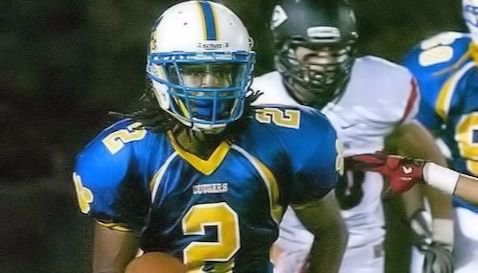 Picking up three commitments in in one week doesn’t usually happen in May, but the Clemson coaching has made it happen.

The Waldorf (MD) Thomas Stone prospect visited Maryland and N.C. State before making the trip to Clemson, but according to Briscoe there was just something different about the Tigers.

Briscoe’s commitment didn’t really come as a surprise - he told TigerNet earlier in the week that Clemson was his leader over Rutgers.

“I was already set on Clemson, but the visit was the icing on the cake,” Briscoe said. “The coaches were hyped, especially Coach [Mike] Reed. Coach Dabo was telling me that Coach Reed has been bragging on me to him ever since he watched my film.”

The 6-0, 185-pound cornerback had only spoken to Reed - his recruiter of record -prior to his visit, but he came away impressed with Clemson’s head man.

“He's a really down to earth guy,” Briscoe said of Swinney. “He's real and up front with everything that he says and does, which is a plus and he's focused on family and developing players into great young men.”

The other thing that stood out to Briscoe was seeing Death Valley in person for the first time.

“We're very excited,” he said. “I loved it. From seeing the stadium on television to physically being there in person. It was nothing but love. Everything was great.”

As a junior, Briscoe spent the majority of his time at running back, rushing for 1,023 yards and 14 touchdowns on 162 carries. However, he managed to nab two interceptions, returning one for a touchdown in his limited time on defense.

Briscoe expects to come in and compete for playing time right away in the secondary.

“He [Reed] said that once I learn everything and everything starts clicking that I'll be all over the field doing everything on defense,” Briscoe said. “Actually, coach told me that once I get everything going, he's throwing me in there because I'm playing. That's really exciting.”