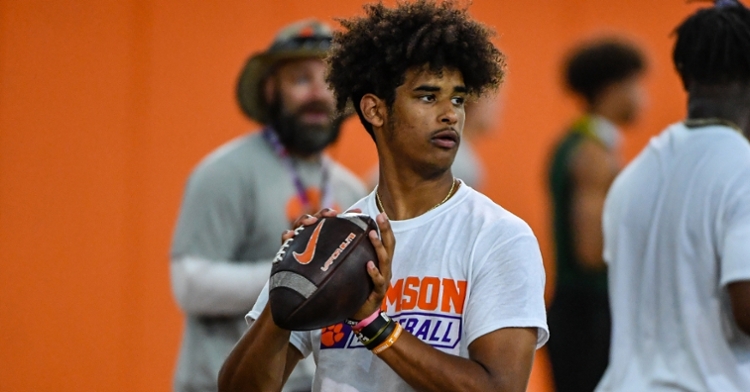 Dante Moore worked out on Thursday

Dabo Swinney’s camp is back in session.

The final two of days of the high school camps got underway Thursday morning, and we have a few news and notes to bring your way before we head for what should be an action-packed afternoon session.

*Former Clemson quarterback Woody Dantzler was there. Another former Tiger, Patrick Sapp, was there watching his son perform. His son is Josh Sapp, a 2022 tight end out of Greenville (SC). The younger Sapp has offers from ECU, Coastal Carolina, Charlotte and Georgia State and certainly looked the part while working with Tony Elliott. 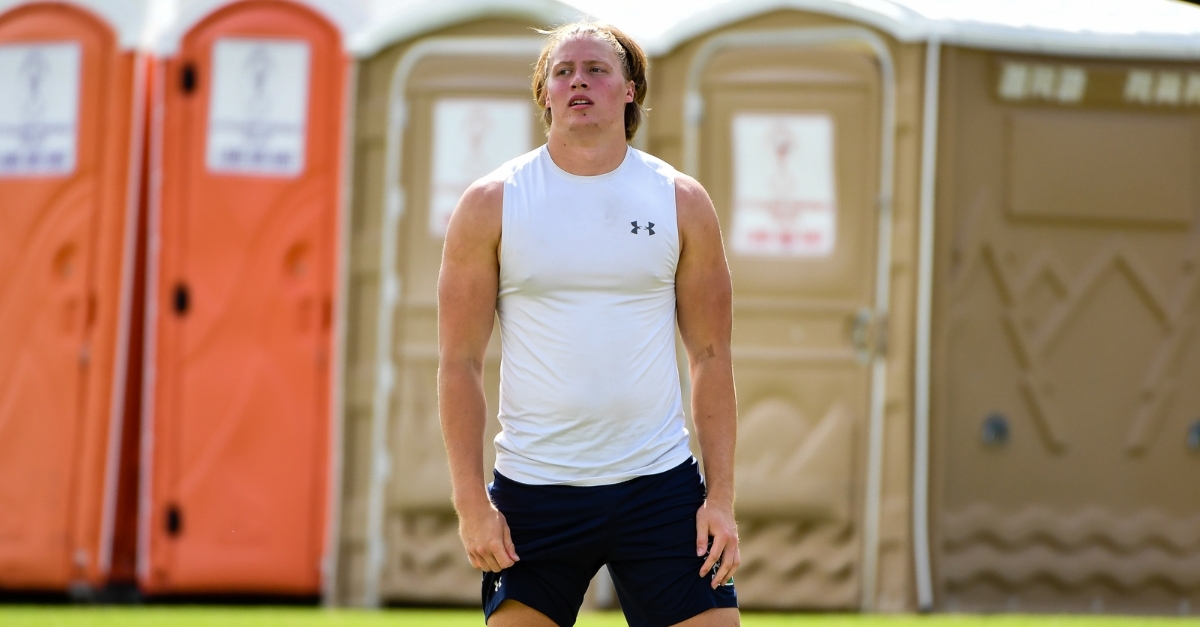 *By the time camp wraps tomorrow, it’s expected that somewhere in the range of 2,870 campers will have come through in the six days. Two years ago, it was a little over 2,000.

*While we were watching the recruits file in, Richmond (VA) St. Christopher 4-star receiver Andre Greene Jr. rolled by on a golf cart with a Clemson staffer. He didn’t work out in the morning session but is scheduled to work out this afternoon. Georgia, LSU, Notre Dame, Oregon and a bunch of others have offered.

*Swinney was intense today. He took over coaching the wide receivers at one point and then stepped into the QB drills to get them to throw the ball on time. It was the most intense we’ve seen him. Greene rides through campus on a golf cart

*Another big-time quarterback was here today - Detroit (MI) Martin Luther King 4-star Dante Moore. One of his coaches said they had brought a big group down to camp. A 2023 prospect, Auburn and Florida St. have offered.

*Over on the defensive side, Raleigh (NC) Leesville Rd. 4-star defensive end Beau Atkinson worked out. He stands 6-6 and packs 240 pounds on his frame. He has the physical size, for sure. He has offers from Cal, Michigan, South Carolina, and other schools of that caliber, which is about where I would slot him if I had to say based on the morning workout.

*Quarterback Taisun Phommachanh had on a walking boot at camp last week but was without the boot this week. He was still walking gingerly on that repaired Achilles but continues to impress with how well he is doing. Of course, no one expects him to play this season.

*The ACC Kickoff is in six weeks, and I found out this morning that Clemson is sending three players. You could have guessed offensive lineman Matt Bockhorst and linebacker James Skalski, but the ACC is asking for a third player – quarterback DJ Uiagalelei. I think it’s the first time we will have a Clemson quarterback at the Kickoff since Deshaun Watson.

*More to come, and back into the heat, we go.