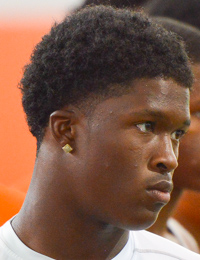 Mickey Plyler on McCloud: "Clemson will use McCloud in a variety of ways. He can catch the ball as a slot receiver and is dangerous in the open field. I can see him getting carries as a running back as well. He might be the best return man next season."