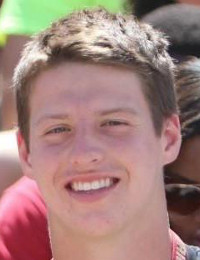 Mickey Plyler on Williams: I remember his dad from his FSU days. Garrett is another tough kid. He is versatile in that he can play as an on the line tight end but he is athletic enough to get involved in the passing game too. Clemson has a great tight end tradition now and athletically Williams takes a backseat to no one.

He is a jumbo athlete that can play on either side of the ball. Williams finished his season season with 128 carries for 1229 yards (9.6 ypg) and 21 rushing touchdowns. He also had 15 receptions for 256 yards and touchdown.