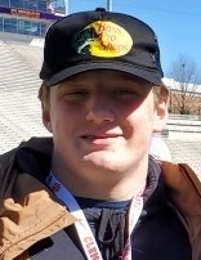 Offensive Line
B I O
Plans to play in the Under Armour All-America Game in Orlando in January … MaxPreps second-team All-American … named to SI-All-American team … four-star player according to PrepStar, which ranked him as No. 132 player in the nation and lists him as the nation’s No. 12 offensive tackle and fourth-best player in South Carolina … ranked No. 79 overall by Rivals.com, which listed him as the ninth-best offensive guard and third-best player in South Carolina … ranked No. 111 in the nation by ESPN.com, which ranked him 16th among offensive linemen and fourth in South Carolina … On3 Sports ranked him as the No. 210 overall prospect in the nation, the 17th-best among offensive tackles and the sixth-best prospect in South Carolina … helped Greenville High to 10-3 record and spot in the state semifinals, the furthest Greenville has reached in the state playoffs … coached by Greg Porter at Greenville High School … high school teammate of Clemson 2022 signee Josh Sapp … committed to Clemson on Nov. 2, 2020 … plans to enroll at Clemson in January 2022 … wore No. 50 in high school … born on Dec. 20, 2003.