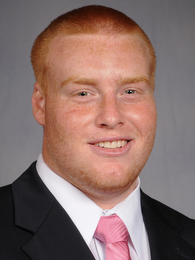 Offensive Tackle
B I O
Played tackle, guard and center during his career ... had 23 knockdowns in 1,063 snaps over 42 games (13 starts) in his career ... three-time ACC Academic Honor Roll member.