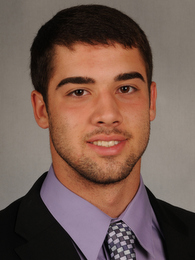 Safety
B I O
Original walk-on who has been a reserve safety ... has taken one snap in two games in his career.

Well, my Ma-in-Law's long end of life struggles are finally