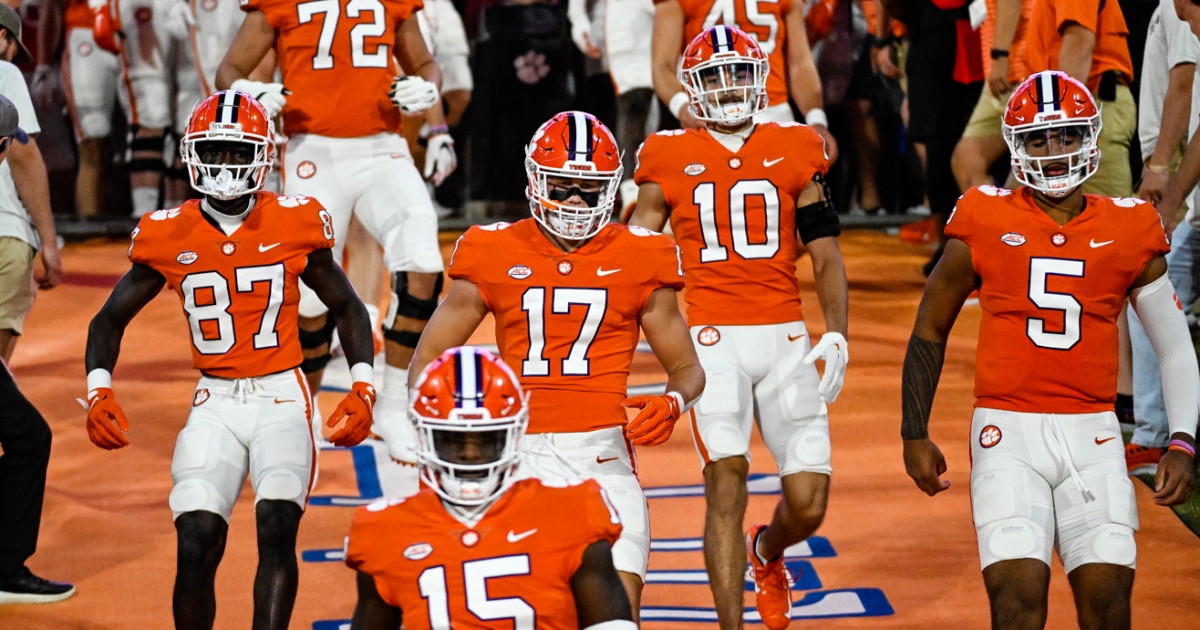 Clemson is as high as No. 5 in the rankings going into a first ranked game of the season at Wake Forest.

More data is coming in on college football teams near and far through three full weeks of games and Clemson is going into its toughest test yet.

The Tigers head to Winston-Salem, North Carolina for a noon ABC broadcast start versus Wake Forest on Saturday.

In traditional polls, the Deacs (3-0), the reigning Atlantic Division champs, are as high as No. 16, but the big-picture rankings nationally are a little more skeptical, with CBS' 131-team ranking having them the highest at No. 21. Elsewhere, Wake Forest is No. 24 with The Athletic ($), while predictive metrics are much lower on them with a No. 42 spot with SP+ ($), No. 40 with the FPI and No. 47 with TeamRankings.com.

Clemson ranks as high as No. 5 in those same rankings, with the AP, Coaches, FPI and The Athletic, while CBS and SP+ have Clemson at No. 7 and TeamRankings has Clemson at No. 12.

Next week's opponent, NC State, is the top-ranked remaining opponent currently at No. 13 in the CBS poll. After having some metrics ranking the Wolfpack around the top-10 preseason, they are 16th on TeamRankings, 19th on SP+ and 33rd on FPI.

Who is that third-best ACC opponent at the moment? Miami is as high as No. 15 with FPI and No. 17 on TeamRankings, while Florida State is the next-best for CBS (27).

Clemson in the rankings