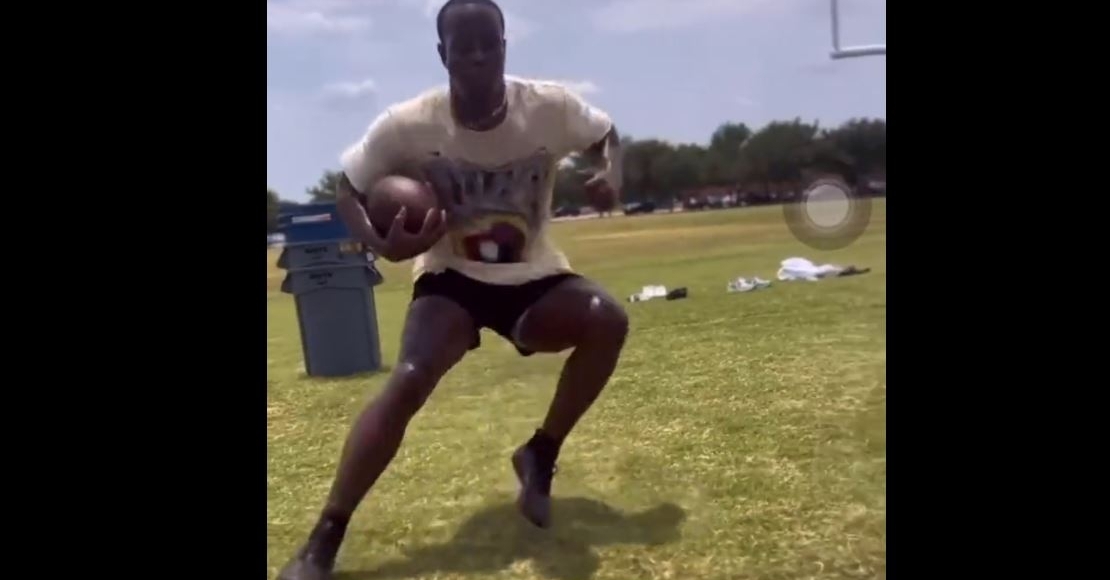 Etienne has been working hard to get back to full strength

'ETN' appears back to his old self.

Jacksonville Jaguars running back Travis Etienne is looking for a big 2022 season after being sidelined during his rookie campaign with a season-long foot injury.

"I feel like it's fully behind me at this point," Etienne recently told a Jacksonville radio station about his foot injury. "Only thing is just rehabbing and staying on top of it so that I don't feel it late in the season because it is a new injury. I have to maintain it and just stay on top of it, so I'll be great."

Etienne was working on some drills in Dallas last week, and he looks like he has his quick-twitch and explosiveness back.

Watch out NFL, as Etienne will finally get to show off some of his game-breaking ability that Clemson fans have had the pleasure to see for several years.

Looks like Travis Etienne (@swaggy_t1) is working out in Dallas this week and ooooooo boi the agility is coming back ??