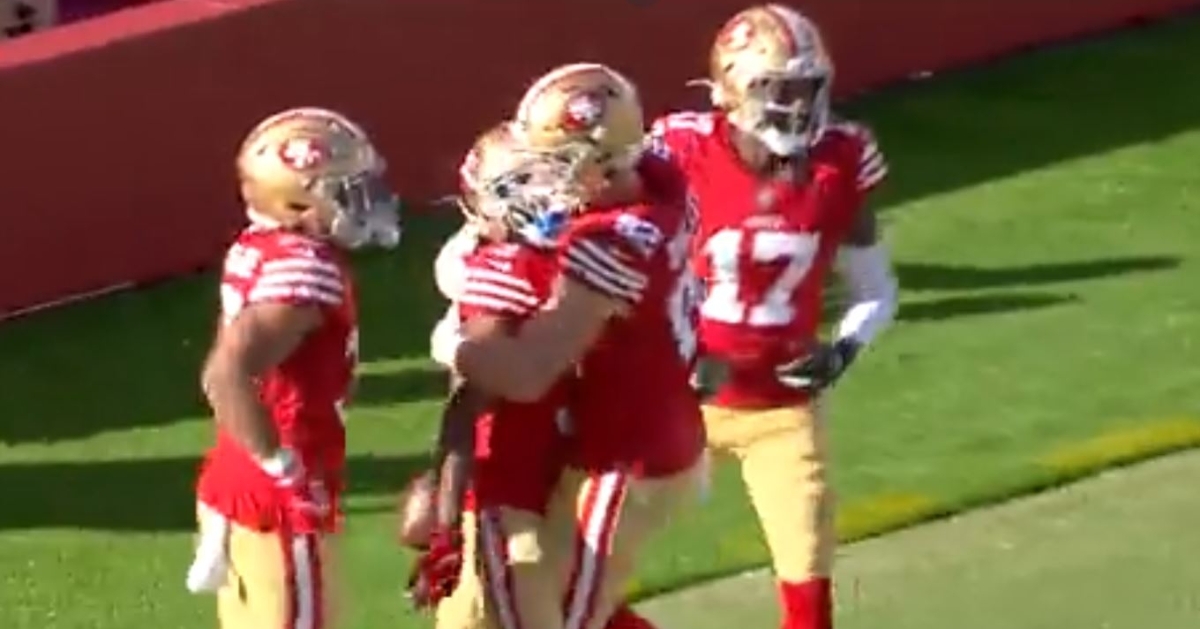 McCloud was impressive in his 49er debut

Ray Ray McCloud III has a new home in San Francisco after signing with them during the offseason.

McCloud made a terrific first impression as he caught four passes for 63 yards and a touchdown against the Packers on Saturday night.

Early in the second quarter, he juked a defensive back and was wide open for the easy 39-yard touchdown.

"Opportunity and preparation," McCloud said to the media about the touchdown play. "At practice, staying after practicing that particular route and just where to hit it, timing, getting our depth, and just being where we need to be at. In the game, it kind of was like, why is it so hard at practice and it was easier here? But I just caught his blind spot and took it back to the middle of the field."

Check out the touchdown below: