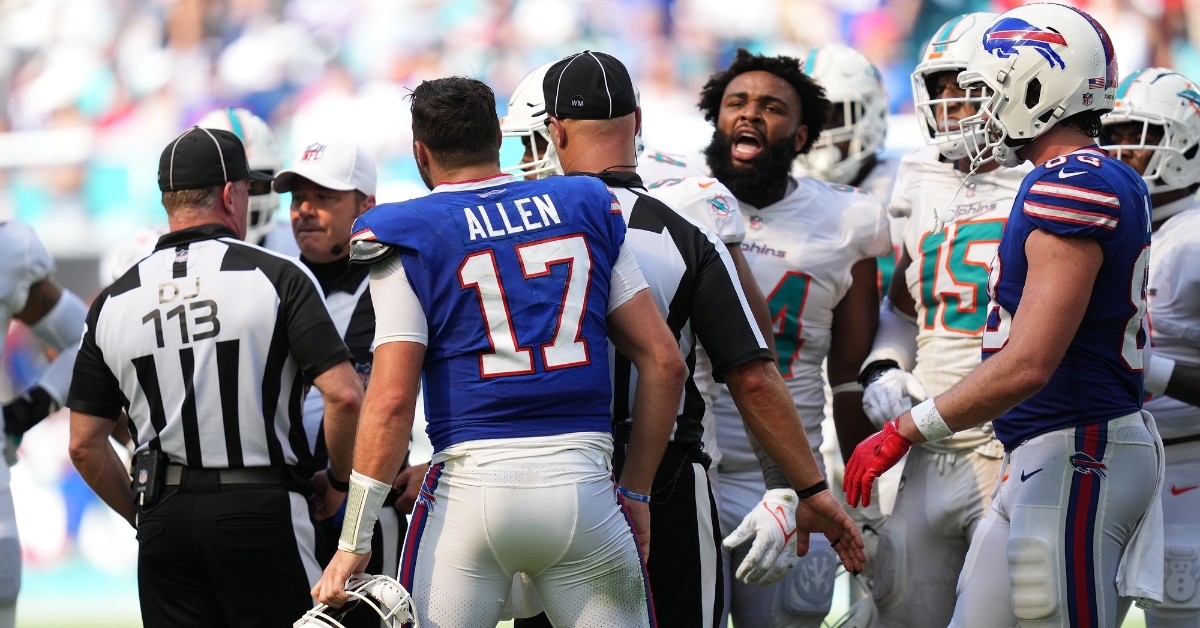 The bottom of a football pile can be very testy.

Buffalo Bills star quarterback Josh Allen was livid at the bottom of the pile as he ripped off Christian Wilkin's helmet and received a 15-yard penalty for unsportsmanlike conduct in the fourth quarter of Sunday's contest.

Allen indicated to the referee that Wilkins had grabbed his groin and pointed in that direction.

However, Wilkins received no penalty on the play, and the Dolphins ended up winning a close 21-19 win over the talented Bills.

In the postgame interview with CBS, Wilkins was asked about the incident with Allen.

“It just happens. Josh is a competitor, and I’m a competitor,” Wilkins said. “The game is on the line. We’re going back and forth. That’s just how it is. That’s how it is with division rivals. With alpha males, that’s how it goes.”

He was asked again during the postgame press conference about why Allen was so upset.

"It just gets competitive; it just gets chippy, and that’s just how the game goes when we play each other," he said.

Allen accusing Wilkins of grabbing his crotch in pile pic.twitter.com/lfnQTlQHRR

Wilkins also had one of the biggest tackles of the NFL season with the following play:

That was one hell of a hit by Christian Wilkins!!!! #MiamiDolphins #FinsUp pic.twitter.com/W8HTOWsv2J