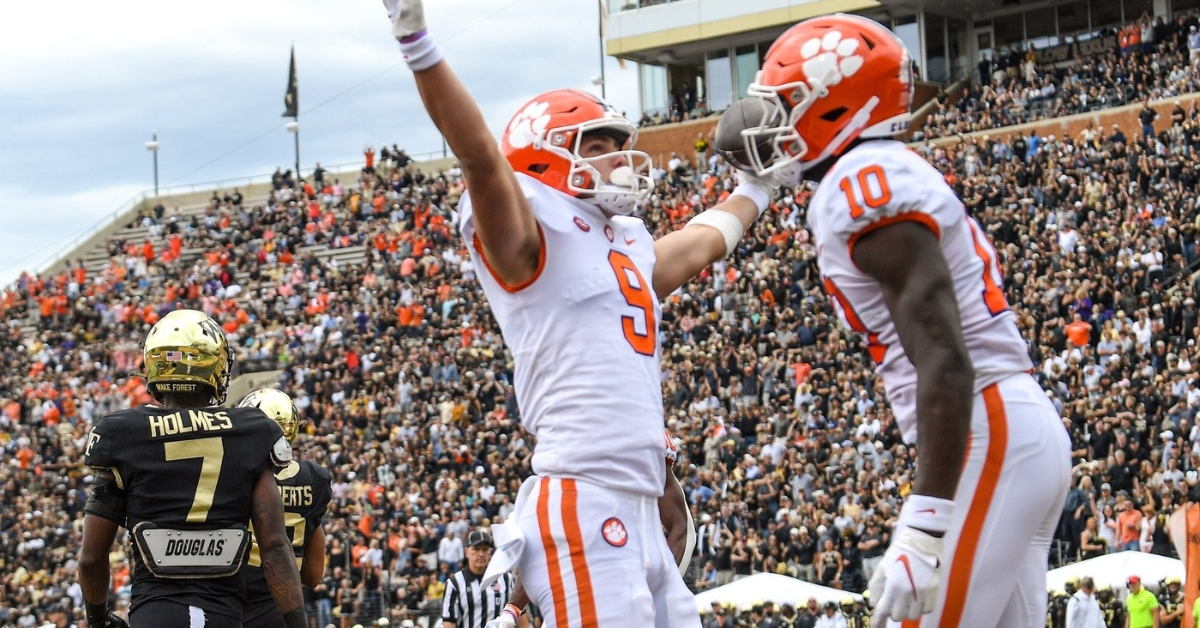 No. 5 Clemson outlasted No. 16 Wake Forest 51-45 in double overtime on Saturday afternoon.

Clemson's defense had a tough outing but signal-caller DJ Uiagalelei had their back with an impressive performance with 26 completions for 423 total yards and five touchdowns.

Check out some of the reactions to the future ESPN Classic contest:

Wake Forest loses their 63rd straight game against a top 10 opponent, the longest streak by any team in the AP Poll Era (Since 1936) pic.twitter.com/VWK5QzAvT7

That was one hell of a game. Wow.

Some of yall owe Dj an apology

The apology needs to be as loud as the disrespect was. This man BALLED today. Way to go DJ Uiagalelei. pic.twitter.com/keeMzsBgRf

🚨 NO. 5 CLEMSON SURVIVES IN OVERTIME 🚨

ARE YOU NOT ENTERTAINED?! pic.twitter.com/8sHWGrqKvX

DJ with an all-time special performance today when the team needed it the most. We’ll remember that for a while.

1. Being a fan is STRESSFUL. Would much rather be playing lol. No clue how y’all have done this for so long. 😂

This is exactly why divisions are dumb. I don’t think there’s a question Clemson and Wake are the two best teams in the ACC and one of them won’t make it to the championship game

Clemson has now won 15 in a row against Wake

No. 5 Clemson beats No. 21 Wake Forest in a big 2OT thriller on the road! pic.twitter.com/xxT2M09SGz

There. Was. Never. A. Doubt. pic.twitter.com/uARFSuTKpL