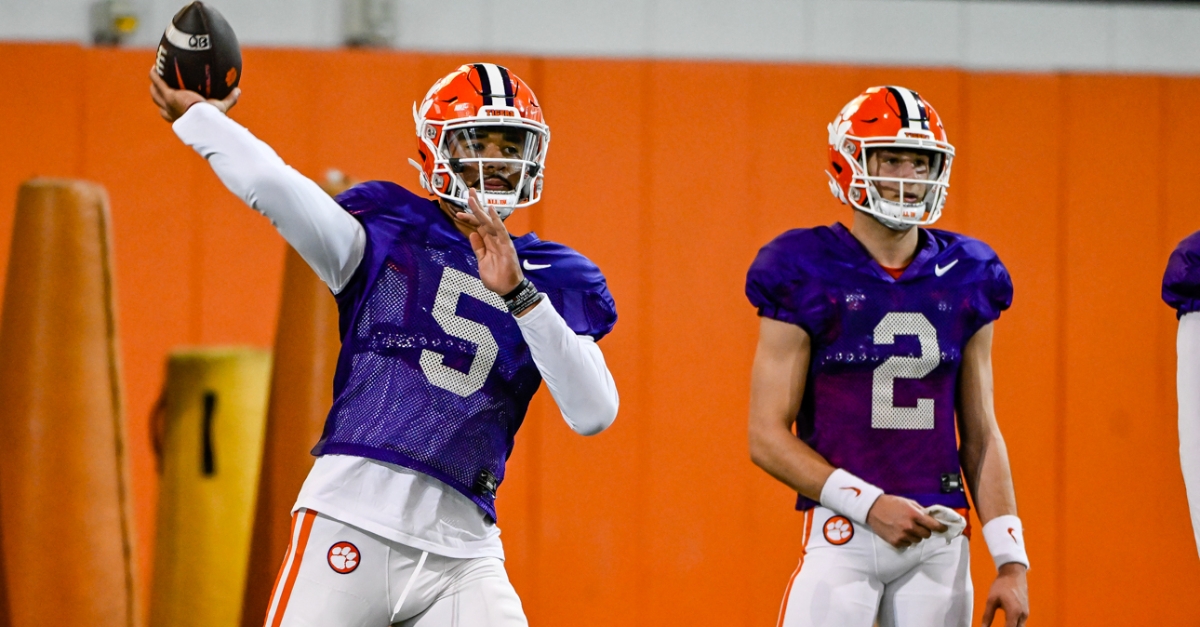 Swinney was asked during the session if DJ Uiagalelei was still the starting quarterback after the 31-30 rivalry loss against South Carolina.

"Yea, he's still the starter. He's not the reason we lost the game," Swinney said. "He doesn't catch it. He doesn't play safety. He doesn't return kicks. He has his share of things he can do better, but he'll definitely start the game."

Uiagalelei completed 8 out of 29 passes for 99 yards and a touchdown with an interception against the Gamecocks. On the ground, he had 12 rushes for 51 yards and a score.

Swinney was also asked about how Klubnik was doing in practice.

Safe to say Dabo not thrilled to be asked about his QB situation. When @LarryWilliamsTI asked if DJ would remain starter, Dabo responded "why? Are you saying he's the reason we lost?" And @MattOnClemson asked Q on how Cade has looked in practice. "Good. Real good." End of answer.