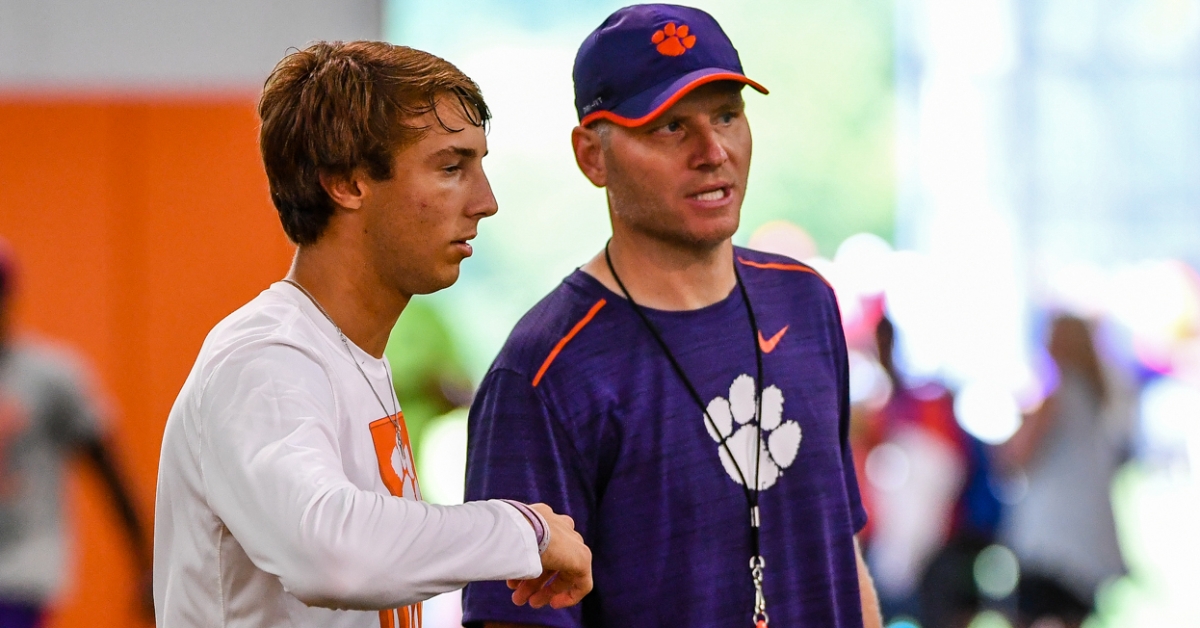 The Elite 11 QB competition gets underway on Tuesday in Los Angeles with 247Sports Composite 5-star Clemson pledge Christopher Vizzina going up against the nation's best.

ESPN went back and ranked the top-20 performers from the camp and two Clemson products made the list.

Ranked highest in that duo is former Elite 11 MVP and spring enrollee Cade Klubnik at No. 11 ($).

"Klubnik wasn't the biggest name coming into the 2021 finals, but he dominated the competition from start to finish to emerge as a clear-cut MVP thanks to consistency and a rare competitive drive," ESPN's Billy Tucker said. "Klubnik led Westlake High School to three consecutive state championships, being named Gatorade Player of the Year in Texas. He signed with Clemson, enrolled early and could be the next great signal-caller to bring the Tigers back to the national championship."

"Lawrence was not perfect in 7-on-7 play but displayed all the physical and mental attributes of a future star at the finals, most notably an even-keeled demeanor, coachability and the desire to compete," said ESPN's analysis. "Following his stellar high school career, the much-heralded Lawrence brought his talents to Death Valley and took college football by storm. He led the Tigers to a national championship as a freshman and went 38-2 with 10,098 yards and 90 touchdowns over his three seasons. The No. 1 overall pick in the 2021 draft, Lawrence and the Jacksonville Jaguars are looking to bounce back after a tumultuous season."